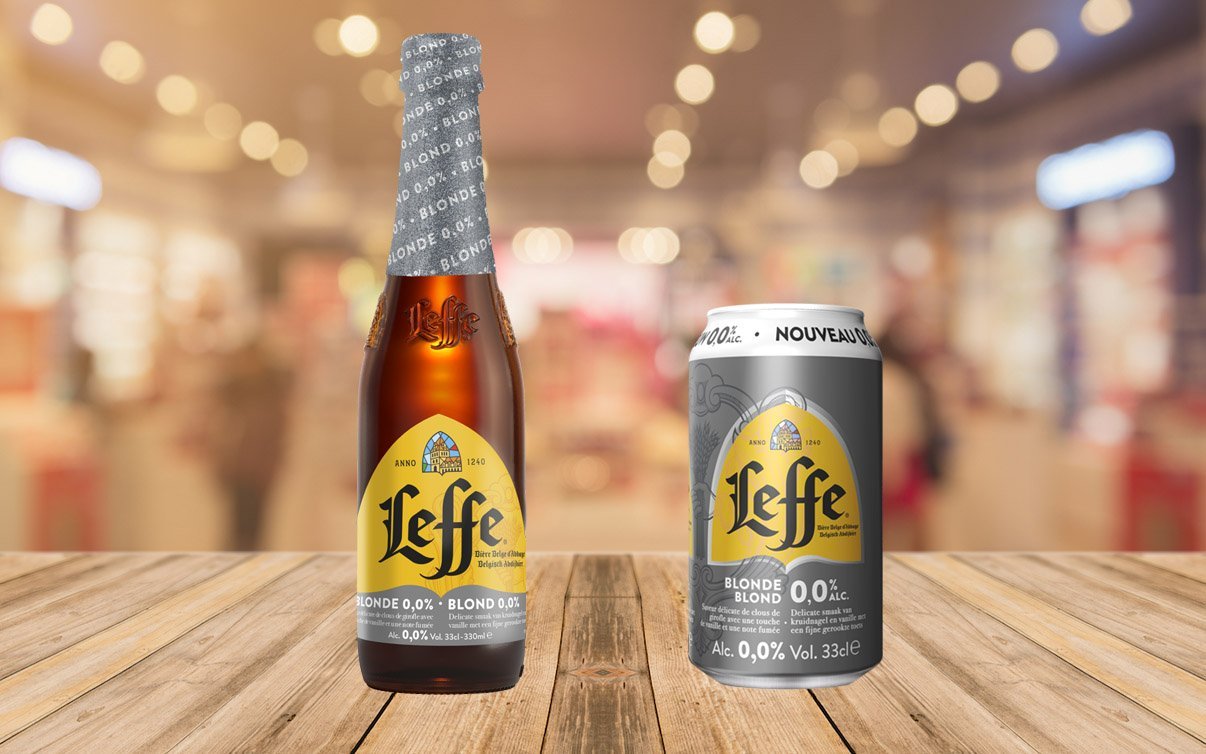 Inbev introduced the very first Belgian abbey beer that is completely non-alcoholic at the catering expo in Ghent last weekend. You could see this one coming. As more and more delicious non-alcoholic specialty beers are popping up, the world’s largest beer brewer is joining in the fight by launching an alcohol-free version of his most popular abbey beer. According to Arnaud Hanset, marketing director for Western Europe, Leffe 0,0% must retain its characteristic body to remain faithful to the quality and authenticity that Leffe is known for. Brewer Wouter Gys adds that the Leffe 0.0% combines a fruity taste with a bitter touch and at the same time preserves the typical notes of clove and vanilla and the typical smoked flavor.

Surfing the waves of succes

At Inbev, they saw that the alcohol-free beer market had exploded as in recent years. Market research showed that in Belgium, the beer country par excellence, non-alcoholic beer stands up 3.1% of the market. This is 30% more than in 2017. According to the marketing boys of giant Inbev, this shows that alcohol-free beer is increasingly being accepted as a real product. Taste tests at a test panel showed that Leffe 0,0% scored as well as ‘beer to enjoy’ than the alcoholic variant. By staying true to the customer’s taste, Leffe hopes that the switch to Leffe 0,0% will be made a lot easier.

Yet another new production technique

As is so often the case when a large brewer drops a new alcohol-free beer on the market, a completely new production process was also developed for this Leffe 0.0%. The alcohol is removed from the beer after fermentation and no residual alcohol remains. At Inbev it is claimed that Leffe 0.0% is the first completely non-alcoholic abbey beer or ‘iconic’ specialty beer on the market. That is partially true. There are already a lot of alcohol-free specialty available, whether or not they are iconic, is food for discussion. As far as we know, it is a fact that Leffe 0.0% is the first specialty beer that is completely alcohol-free that comes from Belgium. 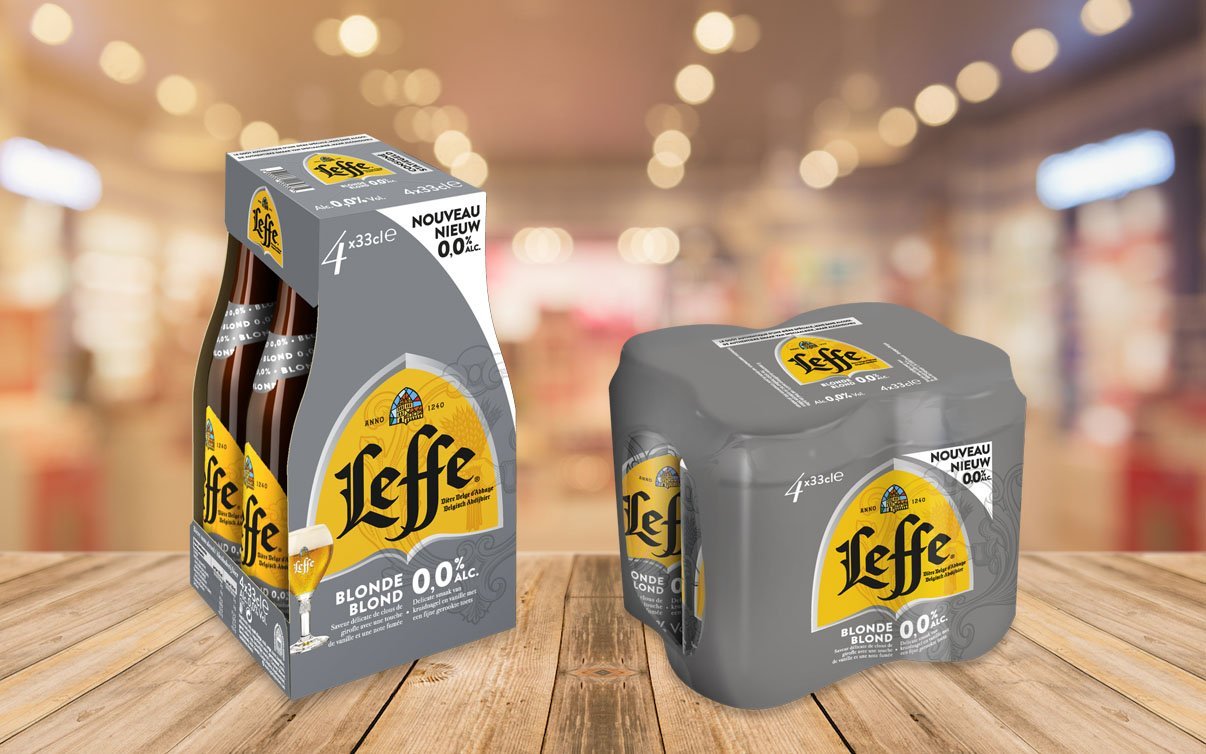 A beer on a mission

Inbev brings Leffe 0.0% on the market to meet the growing demand for non-alcoholic beers, but they also want to stimulate responsible drinking. The beer will be on the market in Belgium in January, which we think is a bit of a missed opportunity. With the holidays in front of us, it would have been a nice extra to be able to enjoy an alcohol-free beer at the many parties that are coming up. Leffe 0.0% will be available in bottles and cans of 33cl.

Curious about the taste

During our visit to the catering expo in Ghent, a few days after the launch, it was not possible to taste Leffe 0.0%. Even after long insistence, and knowing that there was a barrel with the new Leffe available, we could not subject the new beer to a small taste test. To know how the new Leffe really tastes, we will probably have to wait until January. In the meantime, we are doing our very best to be the first to let you know know how the beer really tastes.

UPDATE: In the meantime, Leffe 0,0% is available in Belgium and we tasted it! Read our review on this link