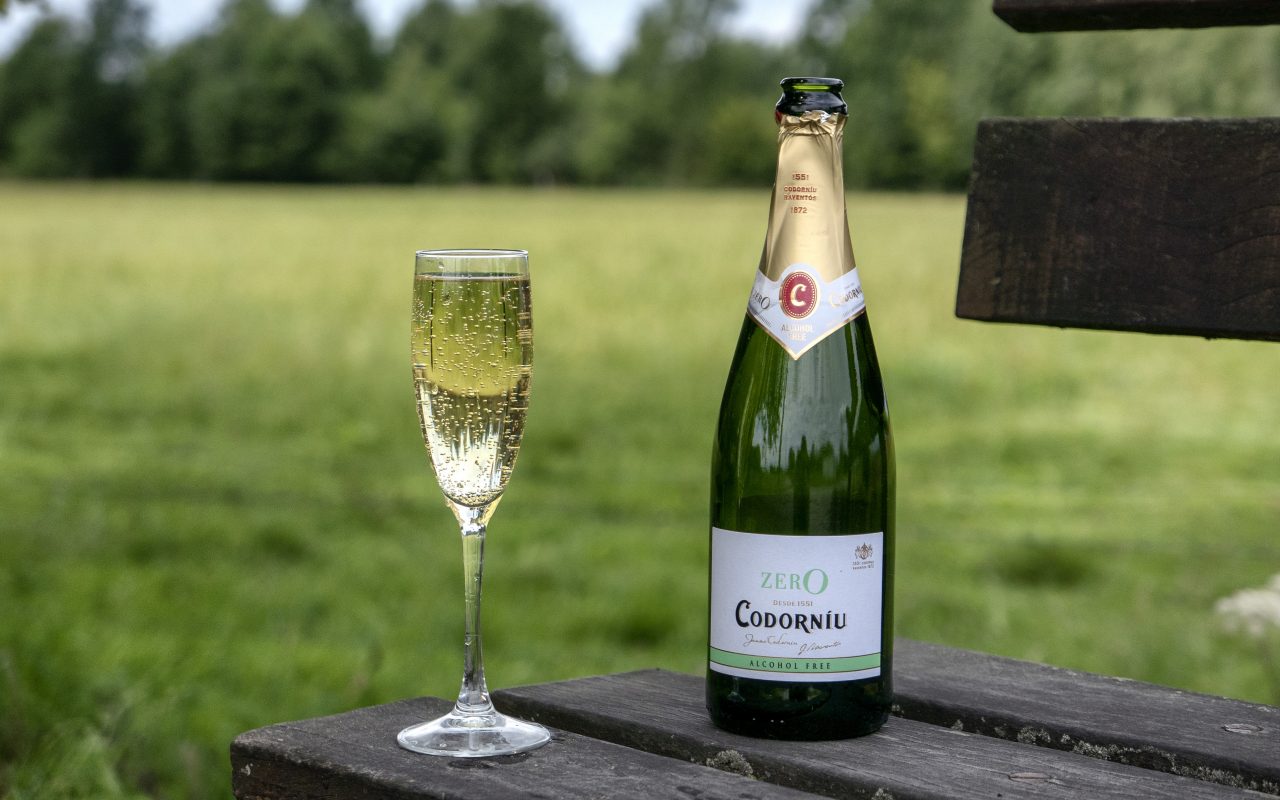 The Spanish Codorníu is the second largest producer of Cava in Spain. The history of the company goes back to 1551. An old document shows that Jaume Codorniu was then in possession of some wine barrels and wine presses. However, it was only 300 years later, in 1872, that Josep Raventós started producing sparkling wines according to the traditional method. This was successful and in the early 20th century Codorniu produced around 100,000 bottles of Cava per year.

Codorniu Zero is a Cava where the alcohol was extracted through a system of vacuum distillation at low temperature. According to Codorniu, this is the preferred way to produce an alcohol-free wine. Because of the low temperature and a process that takes a long time, the wine would lose the least of its taste.

Not just for celebrations

Champagne, sparkling wine and Cava used to be mainly drunk when something had to be celebrated. For an important event, a bottle of Champagne was seized, while slightly less important celebrations had to do with sparkling wine or Cava. In the meantime, Cava is no longer just drunk to celebrate, but it has become a mainstream drink that is present on almost any summery terrace. It is therefore a good thing that more and more non-alcoholic Cavas and sparkling wines are popping up, so that you can enjoy every summer terrace or party when you do not want to drink alcohol. When you pour a Codorniu Zero you immediately notice that it is rather dark, actually slightly darker yellow than you would expect from a Cava. The bubbles are also not the finest we have seen and do not seem really consistent. The color and the slightly thicker bubbles look a bit less refined than what we expected, but that is no problem if the taste is right.

Fruity, not too sweet

And that taste really is not too bad. By removing alcohol from the wine, some wines or sparkling wines become very sweet, here this is certainly within an acceptable range. Of course the absence of the alcohol causes a different taste, but with this Codorniu the fruity taste was well preserved without becoming too sweet. You clearly taste some apple, melon, apricot and some honey. There is a sweeter undertone and aftertaste, but it is certainly not annoying.

The alcohol-free Codorniu Zero is certainly a nice alternative to an alcoholic Cava. It is a bit unfortunate that the presence of the slightly larger bubbles makes it look a little less refined, but the taste is good and that’s what it’s all about. Codorniu Zero may be easy to find at a supermarket or wine store nearby, since the Codorniu brand is omnipresent. If you want to celebrate alcohol-free, you won’t miss much of the fun with this Cava.