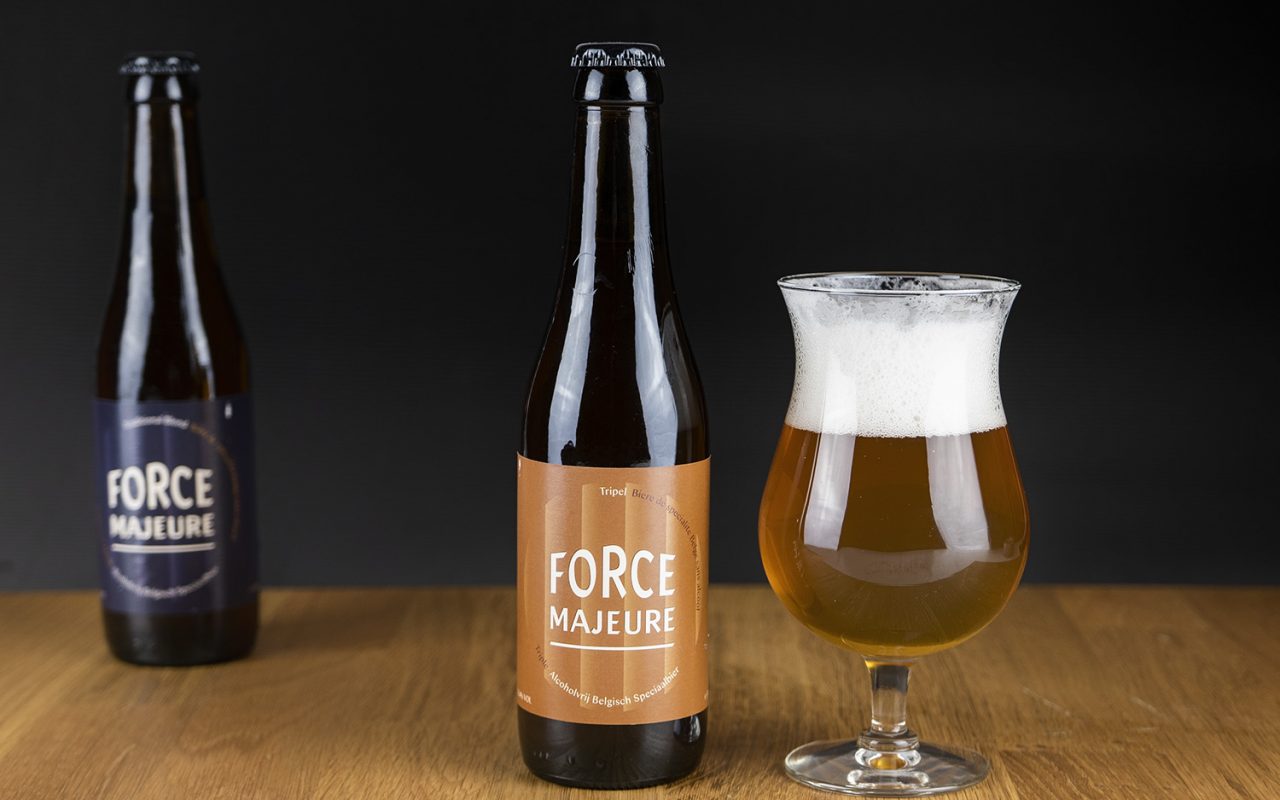 The Force Majeure Tripel is golden yellow with a white head. The foam head is fairly full and creamy and stays on top of the beer long enough. When we smell the beer, the fruity scent stands out first and foremost. It is the distinct smell of banana that is responsible for this. In addition, a clear malt odour is noticeable. Very pleasant, but we hope that the beer does not get too sweet due to the pronounced fruit smell.

When tasting, we soon know that the Tripel is certainly not too sweet. Fruity, yes, the banana is also clearly present in the taste, and we also taste some apple, peach and some pear. All that fruit does not make the Tripel too sweet, but makes sure it has a very soft taste. You can also clearly taste the malt that we could smell. There is a very small bitterness present from the hops, but that ensures a good balance rather than making the beer really bitter.

This Tripel does not contain too much carbon dioxide, but it does have enough body. That fuller body stands out even more because of the creamy foam and makes the Tripel very pleasant to drink. In the aftertaste we first taste some banana, only then the malt and a little bit of hops. The aftertaste is a little bit sweeter than we expected.

We have been bombarded lately with alcohol-free IPAs, where loads of hops have to provide a lot of flavour. With this Tripel they take a different approach at Force Majeure and they choose to make an alcohol-free variant of a classic Belgian Tripel. More risky than brewing an alcohol-free IPA, but certainly successful. The Force Majeure Tripel is a very pleasant beer to drink and you can enjoy it during the whole year. Refreshing enough in the summer and nice and soft in the winter.