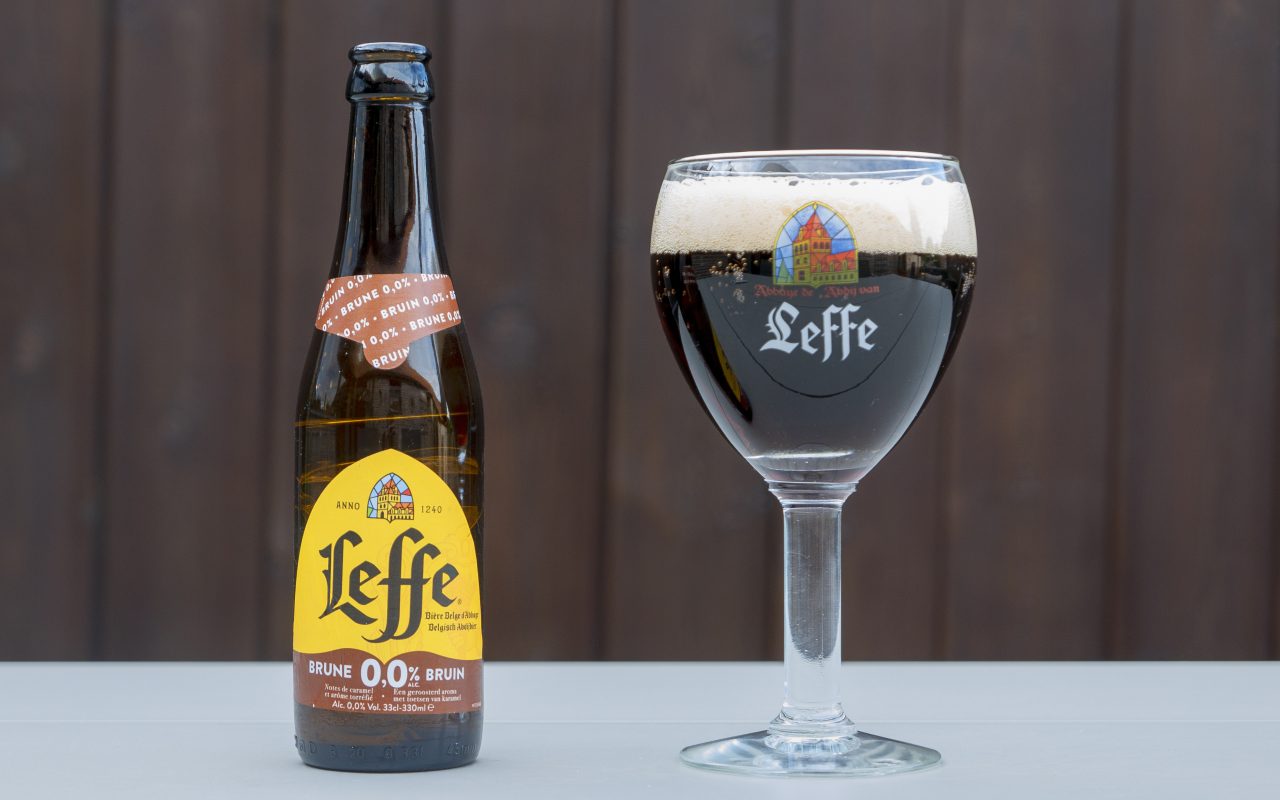 In November 2018, AB Inbev launched the Leffe Blond 0,0. This beer was then marketed as the first non-alcoholic abbey beer in the world. In 2018, it was common for breweries to make an alcohol-free variant of an existing beer, usually by extracting the alcohol from it. In the year and a half that the alcohol-free Leffe Blond has been on the market, we were flooded with alcohol-free beers. However, these were increasingly new beers from new or existing breweries. The trend to make non-alcoholic versions of a popular beer seemed to have disappeared. New brewing processes and yeast strains were introduced, so that it was no longer necessary to extract the alcohol from a beer, and beers can now simply be brewed alcohol-free.

At AB Inbev they choose to remove the alcohol from the alcoholic version for the production of the Leffe Bruin 0.0%, just like with its blond brother. Perhaps a bit surprising, since this technique is apparently less used in the last 18 months, but somewhere a logical choice. The Leffe Brown is a popular boy and taking the alcohol out may help preserve the taste. And if that seemed a recipe for succes, why would you take risks and develop a completely new brewing process?

We don’t need to tell you that Leffe Brown is a very popular beer. You can find the beer just about anywhere in the world. We don’t have numbers, but we wouldn’t be surprised if Leffe is the most popular abbey beer on the planet. We wanted to know if the alcohol-free variant also has the potential to conquer the world, so we tasted it.

When you pour the Leffe Brown you will hardly notice any difference with the alcoholic version of the beer. It is a dark brown beer with a cream-colored head. That foam stays nice and long on the glass, just as it should be. This shows that this beer is simply well brewed. When we smell the beer we are not overwhelmed by smells and we especially notice a very sweet caramel scent and the smell of malt. You should not search for a spicy or fresh touch in the nose.

During the tasting, we immediately taste the prominent caramel, but not much later we are pleasantly surprised by a very good, roasted malt flavour. The combination of those tastes makes the beer lean slightly towards a Porter or a Stout, but with a less pronounced aroma of coffee. So someone who likes a strong brown beer, with a good amount of sweetness, will certainly not be disappointed.

It is also noticeable that the beer has a very full body. This Leffe Brown is not water-like at all and that, together with the sturdy foam, ensures that the Leffe Brown has a very pleasant mouthfeel. The aftertaste is fairly sweet at first, it seems that the caramel sticks a bit in your mouth, but afterwards the roasted taste also lingers for a long time.

Leffe Brown is available in bottles or cans, each of 33 cl. Such a bottle contains 137 calories, which is quite a lot for an alcohol-free beer, but about 70 less than in the Brown Leffe with alcohol.

This Leffe Brown 0.0 is a pleasant surprise. Just like the alcoholic variant, this one will probably become everyone’s friend. It is recommended to drink this Leffe at a temperature of 5 ° C, which makes it ideal for a summer terrace. But even when you drink the Leffe a little warmer, the beer tastes well. Drinking it a few degrees warmer makes the taste come even closer to that of a Stout or Porter, so it can also be drunk well on a cold winter evening.

This Leffe Brown may not be the most refined or surprising non-alcoholic beer, but it certainly is a good idea to keep some in stock, most visitors who are not keen on a very pronounced taste will certainly appreciate this one.