Wostok. A soft drink from the east. 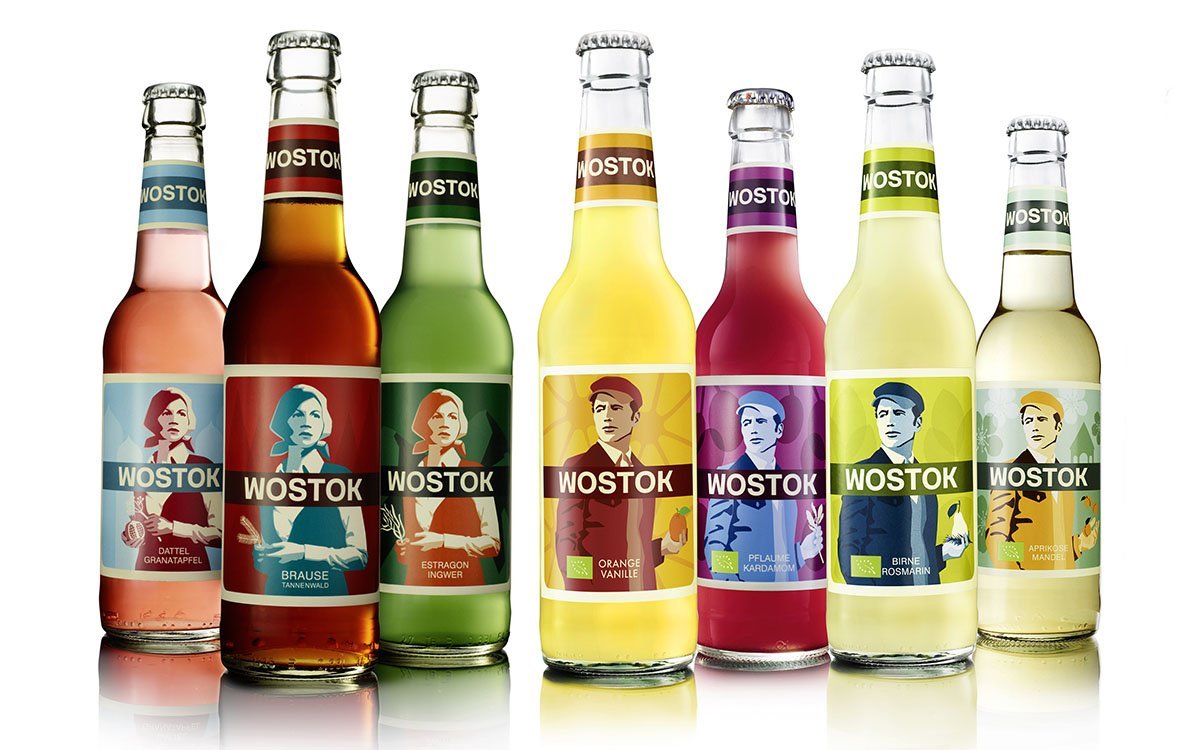 In the early 1970s, a new drink was launched in the Soviet Union as a counterpart to Pepsi-Cola that was introduced there. They call the drink, based on natural herbs, ‘Baikal’. The soda is becoming popular with the Soviets, but when the Soviet Union broke up in the 1990s, it went down considerably with Baikal and after a few years it was barely available.

In 2009, a Dutch photographer who had lived in Moscow for 20 years, decided to give the drink a new life. In his studio in Berlin, the photographer comes up with a new look, taste and name for Baikal. From now on the drink will be called ‘Wostok’, being the Russian word for East, where the roots of soft drinks are. Wostok was also the name of the space program of the Soviet Union. Yuri Gagarin became the first man in space in the Wostok-1

Back to the USSR

The first taste they develop at Wostok is the ‘Wostok Brause Tannenwald’. Just like the original Baikal, based on oil from needles of pine trees, where a bit of cardamom was added to give it a spicy touch.

In 2012, during a trip along the Silk Road in Uzbekistan, the idea came to add a second flavor to the range. Along this route, herbs and fruit were transported for centuries. This is the inspiration for Wostok Faraway Fruit, based on dates and pomegranate.

The third Wostok variant will come in 2013. This time, inspiration comes from the Caucasus. In this part of Russia people drink Tarchuna, a soft drink based on tarragon. Wostok Green is thus a refined version of this Tarchuna, where tarragon and ginger provide the flavor.

At the end of 2013, Wostok was available in three flavors, Brause Tannenwald, Faraway Fruit and Green. But it doesn’t stop there. Today, there are no less than seven flavors available. You can find Wostok based on prunes and cardamom, pear and rosemary, apricot and almond and orange and vanilla. They sometimes seem far-fetched flavor combinations, but there is probably one that you like.

The soft drinks can of course be drunk pure, but you can just as well give them a nice alcohol-free boost by adding an alcohol-free spirit such as Borrago, Seedlip, Memento or Berkshire blend. We will try them out in numerous combinations and share our experiences on the site when we find the perfect mix.

You can find more information about Wostok on their website, a list of sales points can be found here. If you have made a nice non-alcoholic cocktail based on Wostok, you can always send the ingredients and the recipe through our contact form, we will be happy to try it.