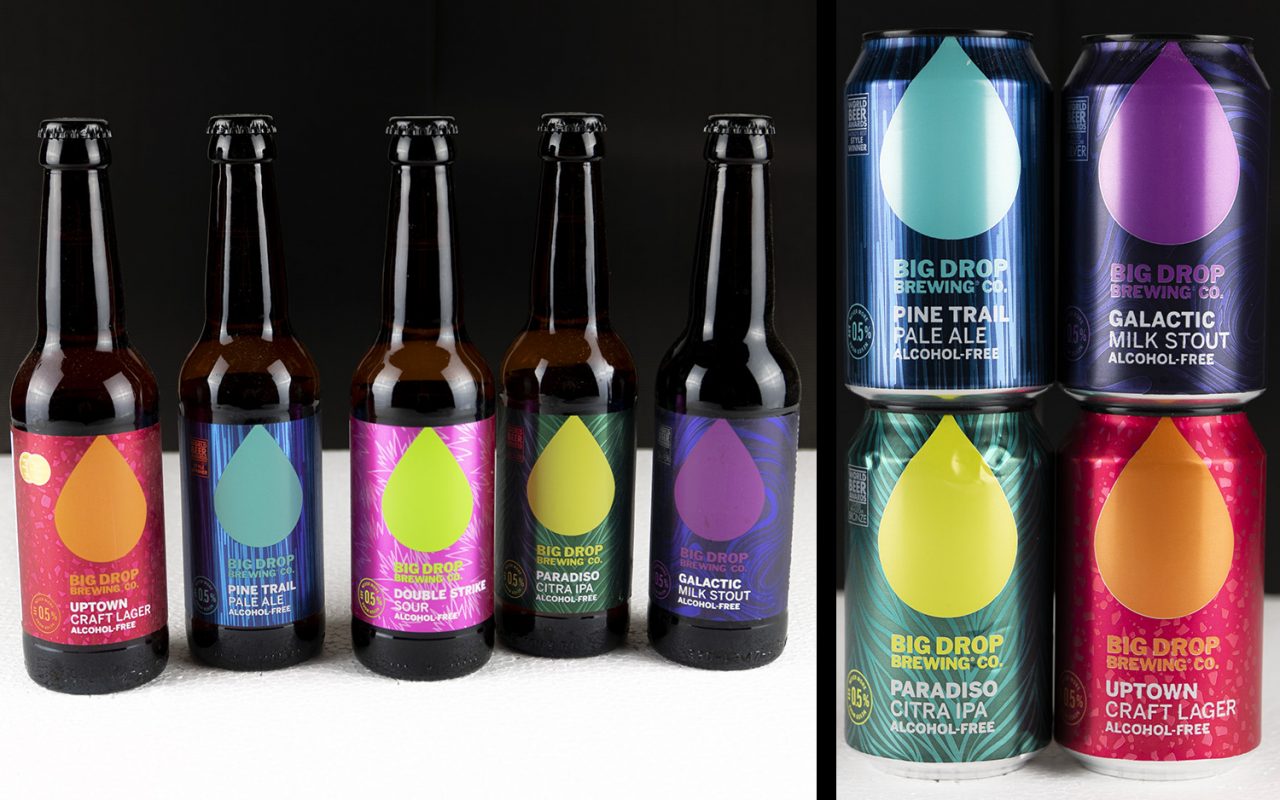 It is clear that they have big plans at Big Drop Brewing. We recently reported that the Ipswich brewers have started a crowdfunding to look for an extra budget to invest in the brewery. In addition, they fitted their bottles and cans with a completely new design in February. The landscapes that used to be shown on the labels and cans must give way to a hip big drop.

‘To Drink. Not to be drunk ‘is the slogan of Big Drop Brewing. It can be read in large letters on their website on the page where they proudly present their new designs. According to the creative people behind the new cans, the new designs were inspired by the beer itself. The colours of the bottles and cans should reflect how the beer tastes, or at least bring you into the atmosphere of the beer’s taste. Of course this is a bit of marketing talk, but apart from that, the cans and bottles just look very nice. In the meantime, 12 different non-alcoholic beers are available at Big Drop Brewing. In the cans you find the Pale Ale, the Craft Lager, Milk Stout and the Citra IPA. We have already tasted the Citra IPA and the Pale Ale, the two others will follow shortly. These four can also be found in bottles, supplemented with 8 other flavours: Brown Ale, Sour, Golden Ale, Hazelnut Porte, India Pale Lager, Raspberry Gose, Hibiscus Saison and the Black IPA. Enough alcohol-free choices.

To put the new cans on the market, they also have a nice extra in store at Big Drop. A playlist was made on spotify for every taste that is available in a can. The lists have to put you in a mood that matches the taste of the beer. We like the idea and we really see ourselves sitting in the garden this summer, with a beer and the right music in the background. Let the summer come, we are ready. You can find the playlists here. And now, just enjoy the beer. Or the music, the choice is yours.