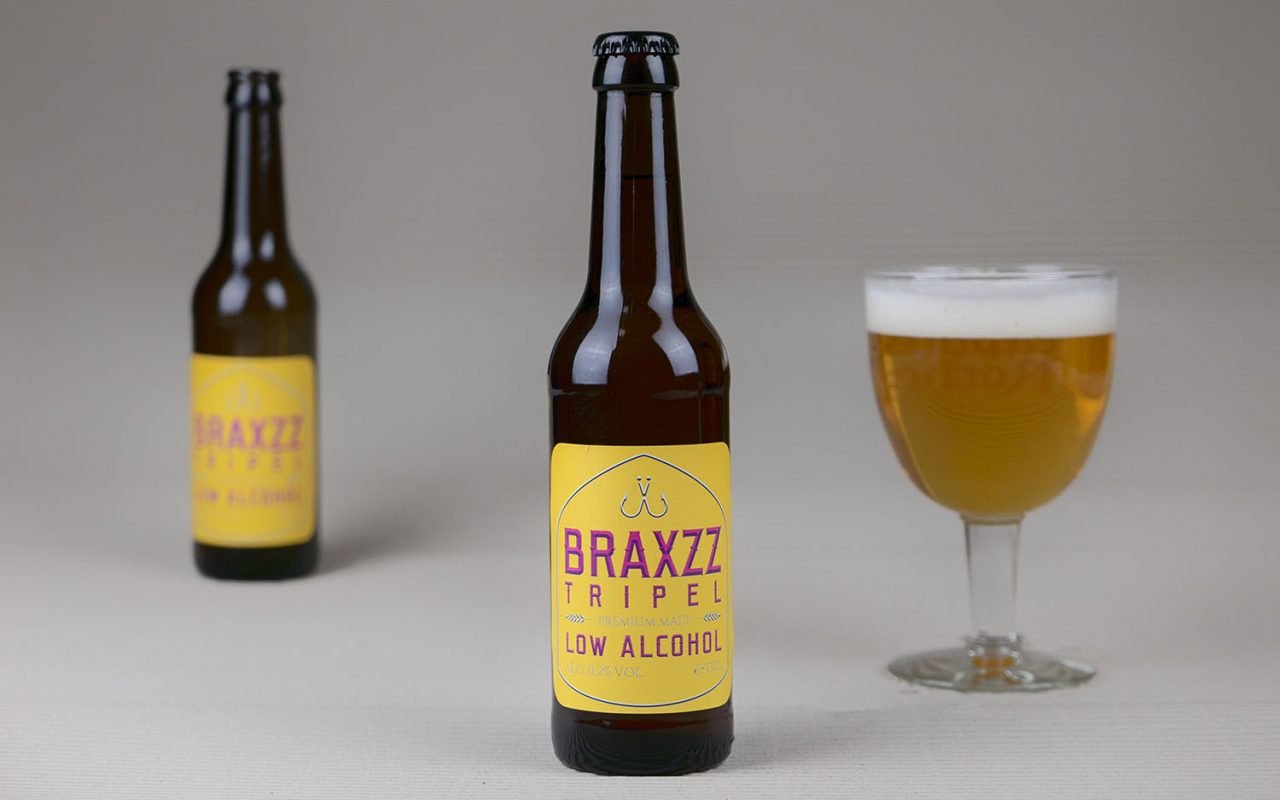 We tasted the Braxzz Rebel IPA and Orange IPA from Dutch brewery Braxzz this summer, and you could also read the history of the brewery here. In addition to these two Indian Pale Ales, they also have a porter, a cider and a tripel at Braxzz. We wanted to taste the Braxzz Tripel today. At Braxzz, the tripel is described as a beer that is light in color with a rich and complex flavour profile. You have to smell and taste banana, citrus and spicy aromas and then finish off with a sweet aftertaste. We were curious, especially because they put this tripel on the market as ‘Belgian beer’.

What is a Tripel?

A traditional (Belgian) Tripel is a blond to amber beer with a relatively high alcohol percentage. This is because a tripel is traditionally a high fermentation beer with a second fermentation in the bottle. In addition to a high alcohol content, a tripel generally has a relatively complex taste due to this fermentation and re-fermentation. Because the term tripel is not protected, it is being misused here or there. In addition to their blond (abbey) beer, many brewers often also have a tripel in their range that is characterized by more taste and more alcohol. In addition to the blonde beer, these brewers often offer a brown dubbel or dobbel, which simply means double. Some brewers even produce quadruple beers nowadays. Since none of these terms are protected, it is a bit difficult to determine what exactly such a tripel should taste like, but in general you can expect a tripel to have a fruity, somewhat sweet taste with a lot of complexity and some hop in the aftertaste. We are therefore also looking for this in this Braxzz Tripel.

What’s in a name?

This all means that the expectations are relatively high when we taste this beer. We are a bit disappointed when we pour the beer. The Braxzz Tripel does not look bad and has the color that you can expect from a tripel, between blond and amber, but to get a bit of a foam head on the beer you really have to pour the beer very firmly. The little foam that you get as a result is clear white as it should be, but disappears almost immediately. We think this is a downside. You really want to drink such a tripel at ease and then it is nice that you have some foam on your beer for a longer time.

We just told you that such a triple does not have to meet certain taste requirements, so we cannot say whether it tastes exactly as a tripel should taste. Nevertheless, we had expected a slightly more complex palate. This tripel is relatively sweet. The taste and smell of the banana and some tropical fruit is indeed present and you also taste and smell some spices. But we had expected a little more taste and the lack of hops bothered us a bit, since there was really little bitterness. Tastes, however, cannot be disputed, so there will certainly be people with whom this tripel just falls in their taste palette.

Very little carbon dioxide is present in this Braxzz tripel. Perhaps a reason for the less pronounced foam head, but this lack of carbon dioxide also does not really benefit the mouthfeel, which remains a little flat. The aftertaste is especially sweet and lacks (for us) unfortunately again a hoppy touch.

Perhaps it was not the best move to call this beer a tripel. Because of this the expectations were very high and they were not really met. The Braxzz tripel certainly does not taste bad, but due to the lack of foam and carbonic acid, this was not the best member of the Braxzz family for us. The Braxzz porter is ready to have a taste in the coming weeks and we cannot wait until Braxzz comes with some new beers, because we can only be very happy with a brewery that focuses solely on brewing non-alcoholic beers.