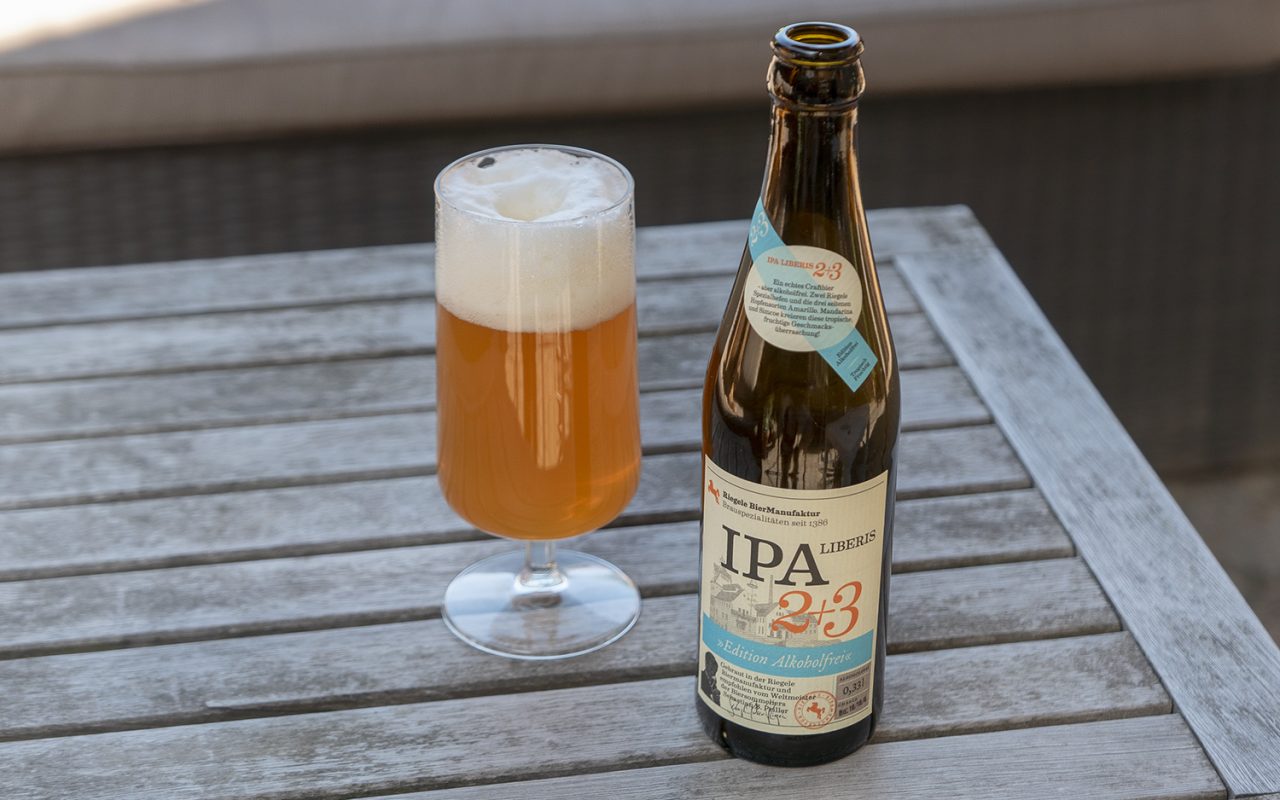 Located in Augsburg, the heart of Bayern and founded in 1386. The Riegele Brewery breathes tradition. And they are proud of that at Riegele. On the website of the brewery you can consult the rich history of the brewery in detail. Also they are very passionate about the values ​​that the brewery stands for. Respect for tradition, quality and the environment are just a few of them. You would almost expect that a brewery that is so committed to traditional brewing would not venture into an alcohol-free beer, but would go back to old, tested recipes. At Brewery Riegele, in addition to their respect for tradition, they also have an eye for innovation, so in addition to an alcohol-free wheat beer, they also release the Riegele IPA Liberis 2 + 3, an alcohol-free IPA we already know for a long time, but wanted to taste again.

The IPA Liberis 2+3 is brewed with 3 types of hops (Simcoe, Amarillo and Mandarina) and 2 yeasts are used (Irish and Riegele Hefe). Last year more and more non-alcoholic special beers came on the market, they are also getting better month by month. This Liberis 2+3 has been around since 2017 and it was a while ago that we drank one. So we wondered if the Liberis 2+3 can stand his ground among the many newcomers.

The beer clearly smells of tropical fruit and you would suspect that the beer is slightly sweet due to a little honey in the background. We know that this is an IPA, but you would not suspect that when smelling the Liberis 2+3. After the first sip, however, it becomes clear that there is a relatively large amount of bitter hop taste, and we can confirm this one tastes like an IPA. We also taste the tropical fruit we smelled before and a little caramel, but the balance between sweet and bitter is very good. After drinking, the sweeter lingers a little longer than the bitter. This ensures that someone who does not like very bitter beer will probably appreciate this one. The beer looks cloudy orange, the foam is very light beige and stays intact for quite a long time. We can enjoy this beer the most while we sit on the couch watching TV in the evening, nice and relaxed. But it can also be a good compagnon with a reasonable hearty meal.

Although this beer has been on the shelves for a while, it can still perfectly match the newer non-alcoholic beers in this rapidly evolving market. If you can buy this Liberis 2+3 somewhere and you want a nice non-alcoholic beer to enjoy while relaxing on your couch , you should certainly not hesitate to buy a few. Since we suspect that this will not be the last non-alcoholic beer from Brouwerij Riegele, we can hardly wait for them to come up with a new creation.