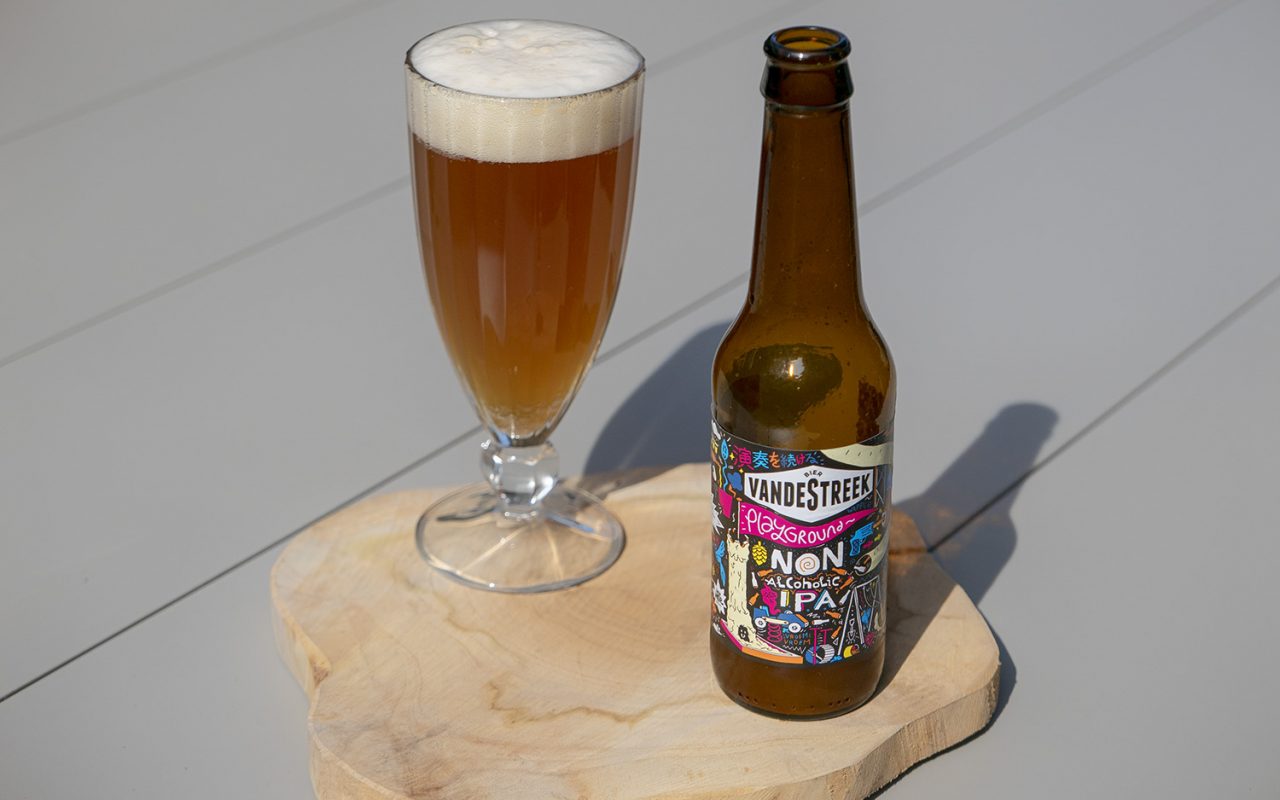 The aroma of the Vandestreek Playground IPA immediately reveals that there will be many flavours in this beer. You clearly smell that there is a lot of hops, but the beer also smells very spicy and fruity. The spicy notes in the fragrance suppress the fruit a bit when smelling the beer, but that fruit scent is clearly present. After we have smelled the beer, we really can’t wait to taste it.

The beer is dark amber and has a nice white foam that certainly doesn’t disappear too quickly. In terms of taste, we could be brief and say that this beer is simply very good, but of course we want to let you know what we tasted and for whom this beer seems suitable to us. The beer is certainly not too bitter for an IPA and when you take the first sip you clearly taste the fruit. This is already a boost for people who don’t really like a very bitter IPA. The beer has a very firm body, but it never looks syrupy, which you might suspect because it has some sweet flavours in it. Because of this sturdy body it is perfect to enjoy at ease. The fruity taste of the beer does not cause the beer to become too sweet. That fruit flavour is also retained for a long time in the aftertaste of the beer. No worries, however, for lovers of a bitter IPA, although it is certainly not the bitterest one we have tasted, there is still enough bitterness to maintain the IPA feeling.

This Playground IPA is by some people labeled as one of the best non-alcoholic beers on the market and that is perhaps true. The beer tastes great and is perfect for tasting and enjoying at ease. Note: someone who really doesn’t like a bit of bitterness may not agree, but for beer drinkers who like a lot of hops and taste, this Playground IPA is definitely among the best non-alcoholic beers on the market.