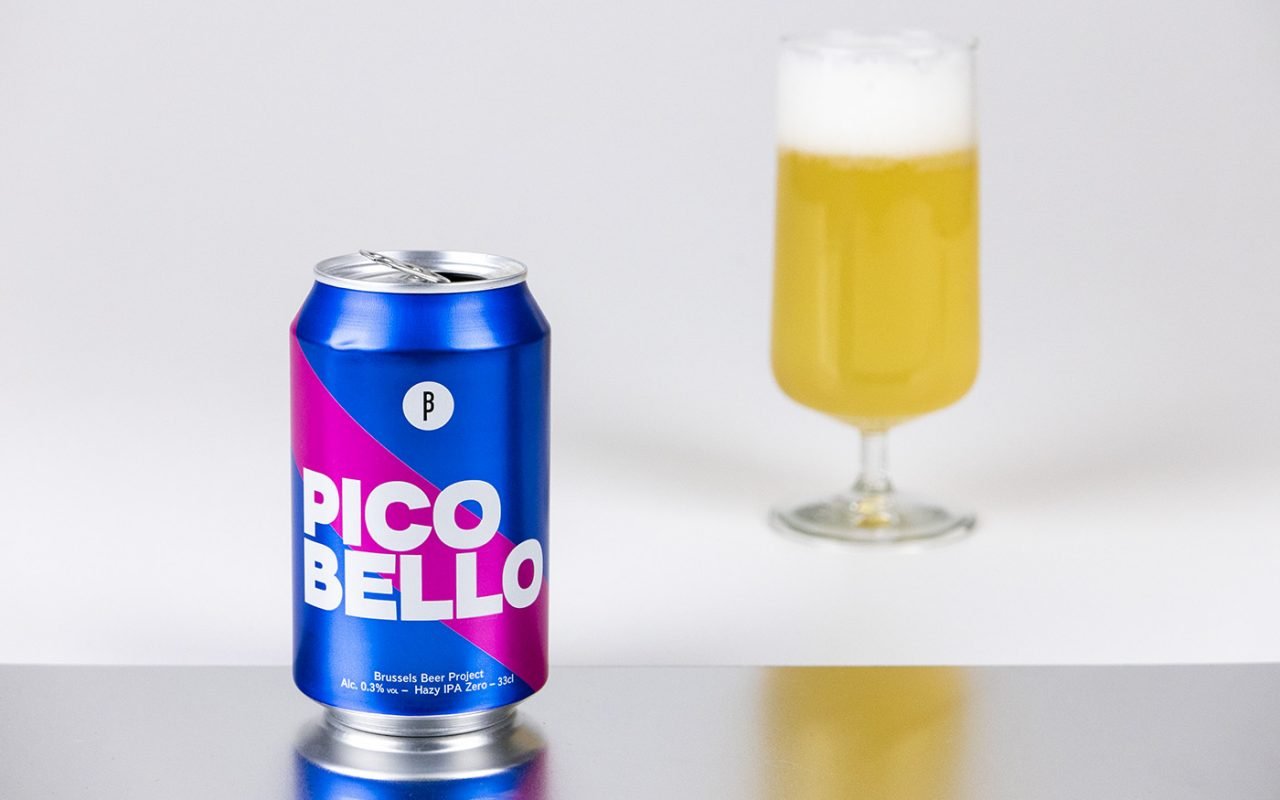 Olivier de Brauwere and Sebastien Morvan started the ‘Brussels Beer Project’ in 2013. Their intention with the project is to wake up Belgian beer a bit. Away from the age-old traditions and medieval abbeys with which Belgian beer is often associated. Headquarters of the project is a brewery in Brussels, a contemporary, vibrant city. With the Brussels Beer Project they want to create a new, modern recipe every week, preferably together with brewers from all over the world. Brussels Beer Project must therefore be kept alive by the community behind the project. New recipes are tested, tasted, experiments are carried out and every year there is one all-star chosen from  4 to 5 prototype beers. Meanwhile, there are around fifty beers in the extensive range of Brussels Beer Project, including recently an alcohol-free beer, the Pico Bello.

In the past, alcohol-free beer could only be made by extracting the alcohol from beer containing alcohol. But a while ago, change came. Recently, yeast strains have become available which, when brewed, result in a beer with no or very little alcohol. This Pico Bello contains 0.3% alcohol. Negligible. This production technique was a requirement for Brussels Beer Project to brew an alcohol-free beer. They never want to de-alcoholize an existing beer and turn it into an alcohol-free beer because, according to them, it always results in a taste over which you have no complete control. The beer is sold in 33 cl cans, because cans are lighter, easier to transport and they keep all light and air away from the beer, so the aromas are preserved better. The beer was developed by Brussels Beer Project but is brewed at De Proef brewery in Lochristi.

When you open your can you immediately smell a distinct lemon scent. At a distance you can also smell a hint of lime, grapefruit and exotic fruit, but lemon dominates the palette. Even when you taste the beer, it is mainly the lemon flavor that dominates. The beer is relatively acidic, which in turn makes it particularly fresh. It is marketed as a ‘Hazy IPA’, but it lacks the distinctly bitter hop taste that you would expect from an IPA. In the aftertaste bitterness comes to the front a little more, but even then the acid of the lemon continues to dominate. It is not true that you can only taste lemon, you also taste some orange, lime and grapefruit. Because of all those fruit flavors you could suspect that the beer is a bit sweet, but that is not at all the case. The beer is light straw-colored, almost white and has a snow-white foam head that remains intact for a relatively long time.

We can certainly appreciate this Pico Bello, but we had the feeling that the ‘hazy IPA’ caption did not completely cover the load,to be a real IPA, the beer should have been a bit more bitter for us. If you like an extremely fresh beer, you should definitely give this Pico Bello a try. We see ourselves enjoying it especially in the summer on a terrace in the sun. The beer is slightly fizzy and you could have the impression that it is very quick and easy to drink, but due to the acidity we are more likely to enjoy it at ease. During dinner you can perfectly drink this Pico Bello with a piece of fish. For a quick drink after exercise, this beer may be a bit too acidic. Not everyone will be convinced by the taste of this beer because it differs a bit from what you would expect from an IPA, but if you like a little sour you will definitely appreciate this Pico Bello. You can find more info about this beer on the site of the Brussels Beer Project.

Summary This is a really fresh, sour beer that you can enjoy on a terrace on a summer's day or that you can certainly drink with a piece of fish.