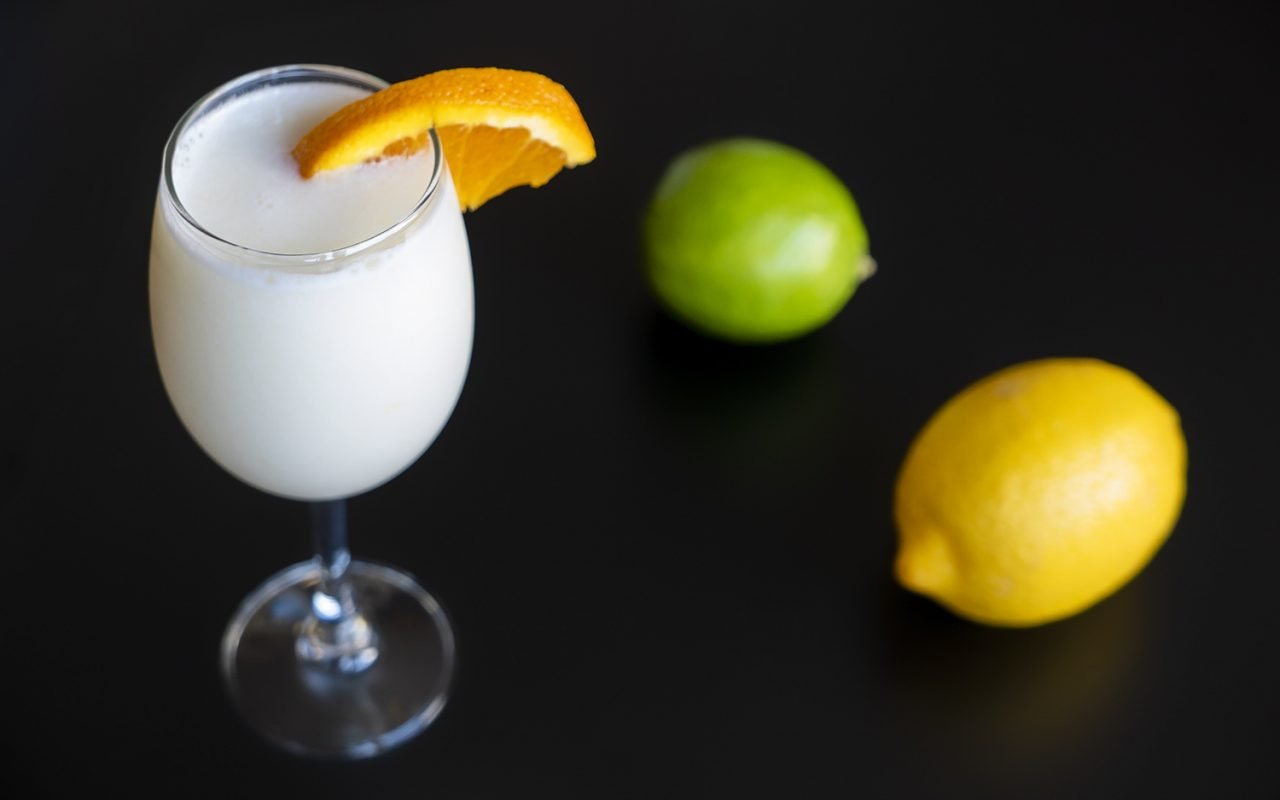 A few months ago we already made a very tasty non-alcoholic Gin Fizz on this site, today we are preparing his slightly higher caloried brother, the Ramos Gin Fizz. The Ramos Gin Fizz was first served by Henry Ramos in his New Orleans bar. The cocktail was initially called a “New Orleans Fizz”. The cocktail became extremely popular in the bar and because of the long preparation time – you have to shake very long if you want to make this cocktail – at a certain moment there were twenty bartenders who were doing nothing but making the drink. In 1915 during a party in the city, a record number of 32 employees were making the Ramos Gin Fizz non-stop.

The cocktail indeed contains a relatively large number of ingredients and it does take a while to shake. Because there is cream in the Ramos Gin Fizz it is also not a light cocktail, but the result of all the hard work is excellent. In our opinion, shaking the cocktail counts as a real fitness session, so after preparing, you really have earned an extra calorie or two(hundred). You can also replace the cream with light cream or soy cream that contains fewer calories.