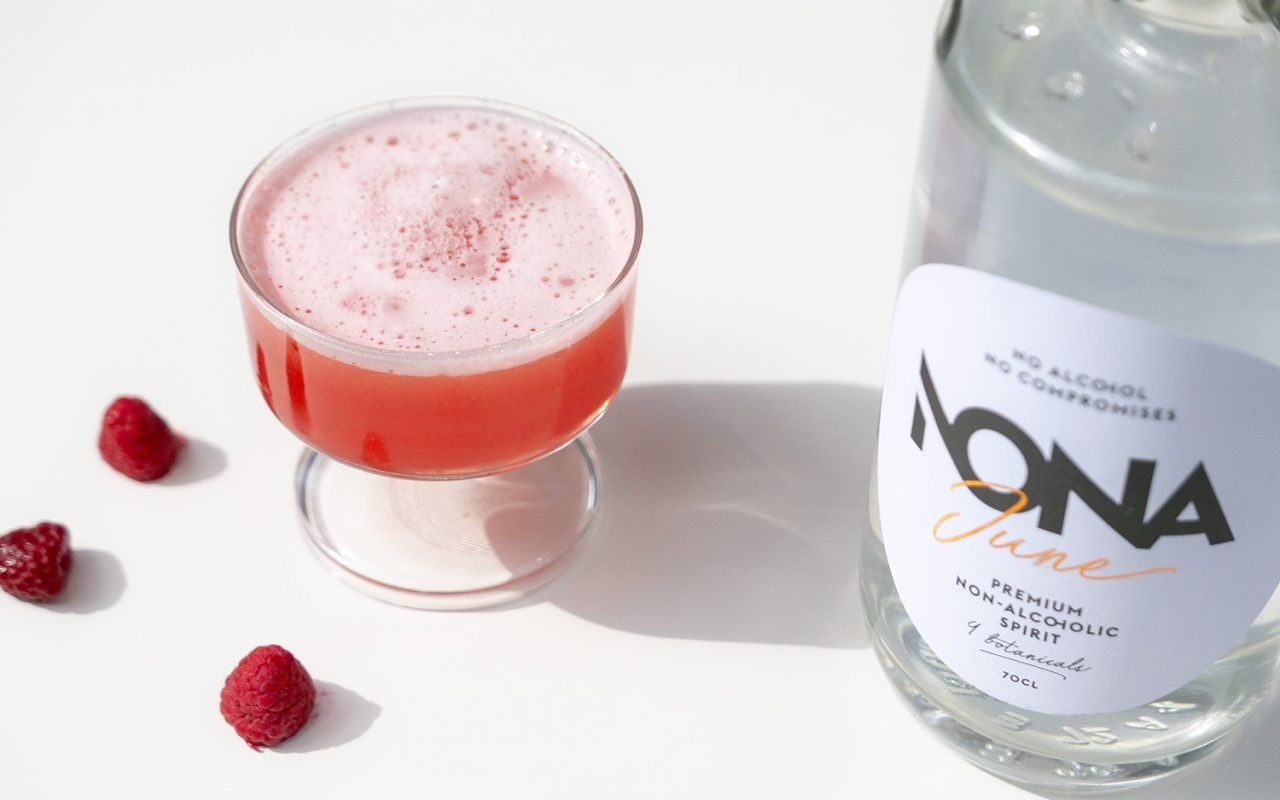 The Clover Club Cocktail finds its origins in Philadelphia at the end of the 19th, beginning of the 20th century. The ‘Clover Club’ was a men’s club in Philadelphia where managers and men from the better class came together. Women were not allowed there. The Clover Club existed from 1882 until sometime in the 1920s. The cocktail with the same name is said to have been served for the first time around 1910 and immediately was a popular drink. The first recipe of the cocktail was published in 1917. The recipe that is now considered by the WBA (World Bartenders Association) as the official recipe for the cocktail, however, differs slightly from the first published recipe. Since we want to follow the WBA for making our non-alcoholic cocktails, we rely on their recipe.

The ingredient that gives its taste to this alcohol-free Clover Club is the raspberry. In the official recipe of the WBA you need to mix 4.5 cl. gin with 1.5 cl. raspberry juice and 1.5 cl. lemon juice to prepare the Clover Club. In the original recipe there is some vermouth, but we will not use that. If you do not have raspberry juice, you can also replace this with grenadine, then the cocktail will off course become a bit sweeter and you will still miss the slightly sour taste of the raspberry. We have replaced the raspberry juice with eight thawed raspberries. Since these frozen raspberries release their juice very easily after thawing, this is perhaps the best and easiest way to add flavor and color to the cocktail.

Pour the raspberry juice, the alcohol-free gin and the lemon juice into a cocktail shaker. Add about 1/3 of an agg white per cocktail and a few ice cubes. Shake everything powerful. As already mentioned, we used eight thawed raspberries. By powerful shaking, they are completely crushed and produce sufficient raspberry juice. Then you just have to pour everything through the strainer into a (small) cocktailglass and your Clover Club is ready. The light acidity of the raspberry and lemon juice, in combination with the Gin, makes this a delicious cocktail. Enjoy!