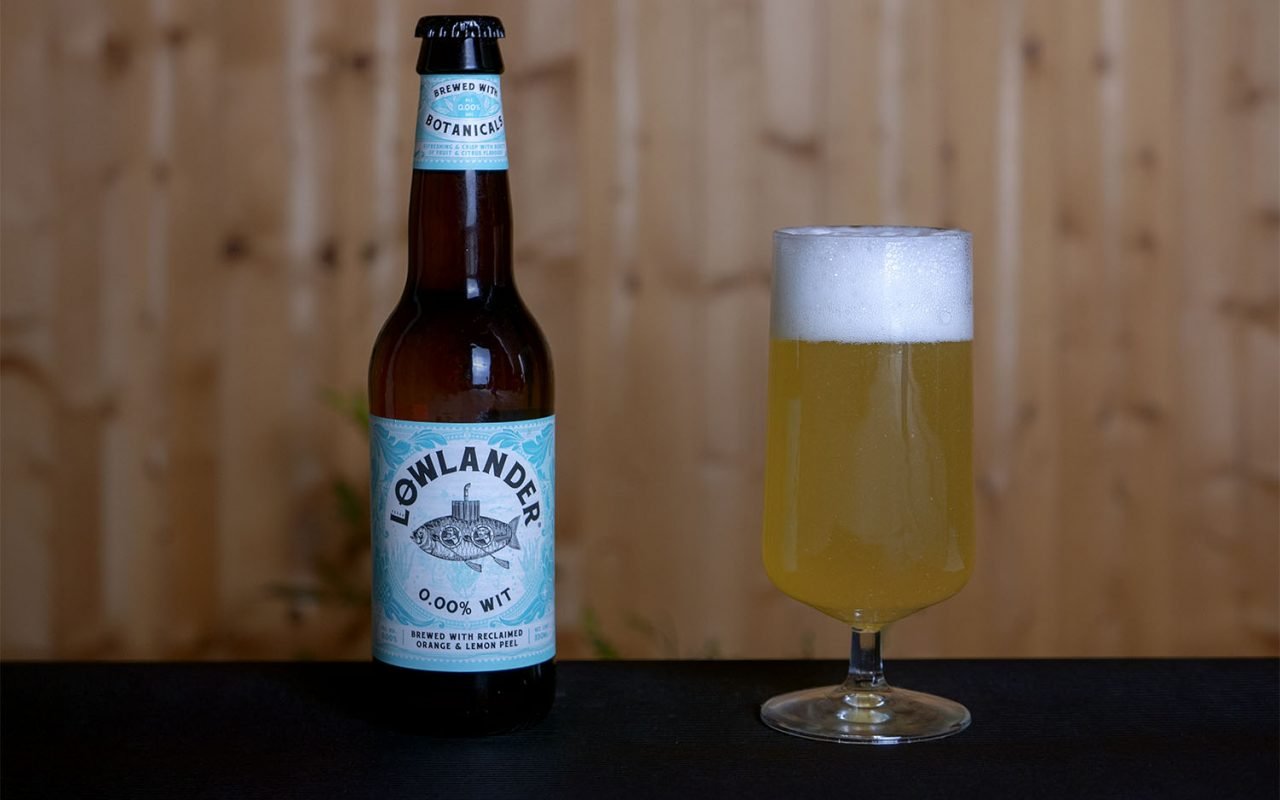 When Frederik Kampman worked in a gin distillery in London, he became fascinated by the use of botanicals in the production of gin and in the world of cocktails. His roots are in the Netherlands where beer brewing has a much larger tradition than distilling gin. He wondered what the result would be if he started using botanicals for brewing beer. To his surprise, beer brewers in the Netherlands used lots of herbs and botanicals that were brought to the low countries by Dutch explorers. Frederik did not need more to start with Lowland beer, where he brews with botanicals to give character and taste to the beer.

Meanwhile, at brewery Lowland, ten beers are brewed with a very varied taste palette. Among other things, ginger, grapefruit and lime are used in the recipes. Among the ten beers from the Lowland brewery we also find one non-alcoholic beer, the Lowlander 0.00% wit. This beer is an attempt to brew an alcohol-free wheat beer with a lot of taste. For the creation of this wheat beer, they work at Lowland with peelpioneers. In the Netherlands a lot of peels of oranges and lemons are thrown away in bars, restaurants and hotels every day. Peelpioneers thought that was a shame, because they can be perfectly used in other branches of industry. Peelpioneers recycles these peels and makes them into ingredients for, among other things, soap and pastry and now also for use in lowland beer.

That part of the ingredients is recycled charms us. We always find it particularly fun and creative that people look for solutions to process products that would otherwise end up in waste. If they are used for brewing beer, we’re twice as happy about it. Because this beer uses orange and lemon, you might think that this is a kind of Radler, which is acually beer that is mixed with fruit juices or lemonades. That however, is not the case with this Lowlander 0.00%. This beer was really brewed with peels of lemon and orange.

You preserve the bottles of Lowlander 0.00% white best upright because there is quite a bit of sediment in the bottle. When you store them in an upright position, you can easily decide whether or not to pour out this sediment. If you pour the beer out completely, the beer will become a bit more turbid than if you leave the last centiliter in the bottle. By puring the complete bottle, some little flakes float in your glass and the taste becomes slightly less acidic. Once the beer has been poured, you see a very light-colored beer that is a bit cloudy. The head is snow white and stays on the beer long enough. Just as it should be.

When you smell the beer or bottle, we smelled the orange before we could smell the lemon. When you taste the beer, the taste of the lemon zest dominates that of the orange, which makes the beer a bit sour but very fresh. Fortunately, the taste of oranges is also present to camouflage the acid a little and add a little sweetness to the brew. Furthermore, it is clear that you are drinking a beer, because you can clearly notice a grainy touch among all the fruit flavors. In the aftertaste the sweetness of the orange and even a little tangerine lingers a little longer than the sour of the lemon.

As mentioned before, we do not want to catalog this Lowlander 0.00% wit as a radler because radlers are often viewed in a slightly negative way. It is very clear that only natural products are used here and you can really taste that this is not a simple mixture of a white beer with some lemonade. In our opinion, this Lowlander is a very nice beer for someone who likes to drink a fresh, sour beer. We can imagine that people who do not like acidity will not appreciate this beer. We can also imagine that some will say that this is not a beer, but a glorified lemonade. Apart from all this, we think this is a very nice drink. Surprising, fresh, with a very natural taste. Perhaps this is not a beer for a cold winter evening, but as soon as a sunbeam breaks through, they can always serve us a Lowlander 0.00% wit. We can only recommend trying one when you get the chance. As said before, it can be that the taste of this Lowlander 0.00% white is not for you at all, but if you are into this fresh, sour taste, you will enjoy it very much, if only because it is clearly very well made. The Pico Bello from Brussels Beer Project and the Ramon, which we already tasted, play a bit in the same category, but have a more distinct beer flavour than this Lowlander 0.00% wit. Also the Sunny Moon and the Maisel and Friends Alkoholfrei that we will soon discuss are fishing in the same pond. Yet this Lowlander 0.00% wit remains different with its very fresh, sour and fruity taste.