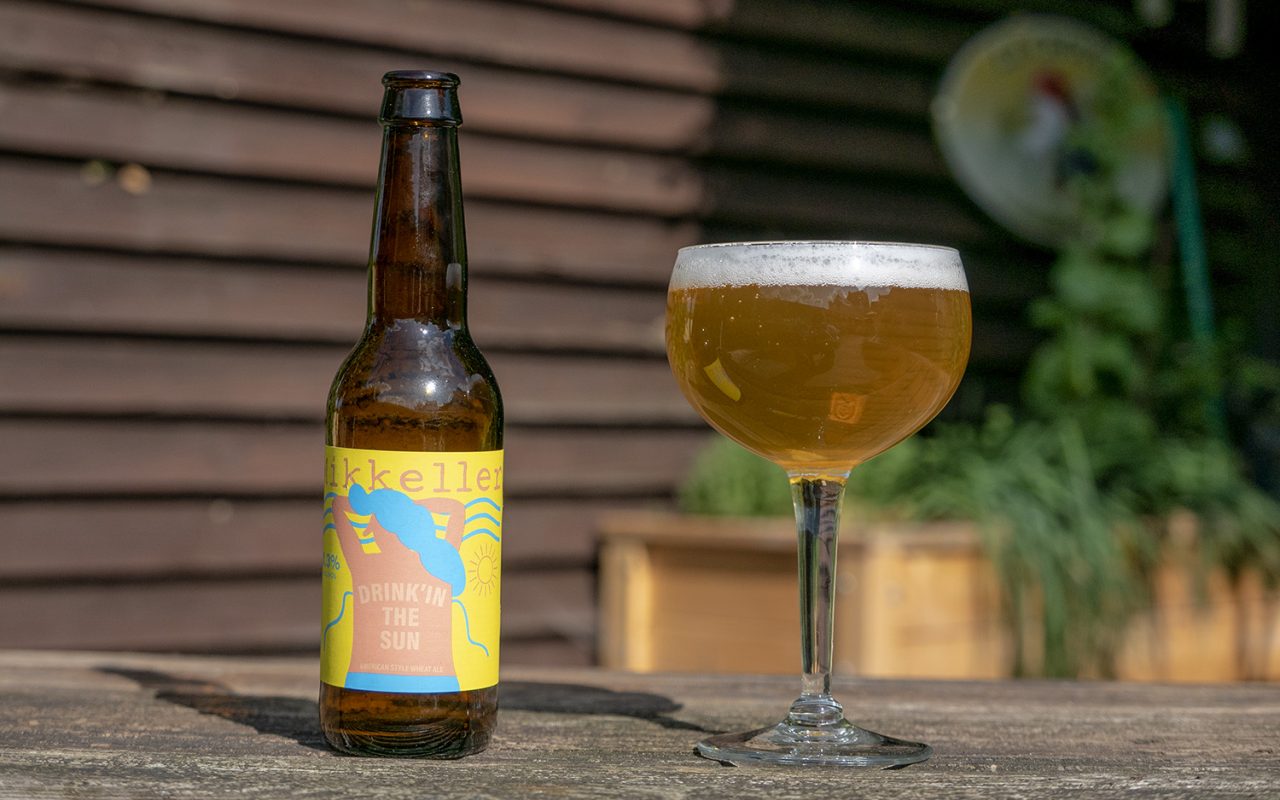 The beers of Mikkeller are conceived in the brain of Deen Mikkel Borg Bjergso, a former mathematics and science teacher who became a brewer. Although Mikkeller does not have a brewery, the Danish beer brand produces numerous beers, including some non-alcoholic ones. The beers of Mikkeller are therefore invented by Mikkel Borg Bjergso and he has them brewed by another brewery. A formula that was already very succesful for Mikkeller, since they were asked to create beers for restaurant Noma and El Celler de Can Roca, two restaurants that were once named the best restaurant in the world. Mikkeller drink’in the sun is made for people who want to drink alcohol-free and still want to enjoy a nice beer. The beer is brewed in De Proefbrouwerij, a brewery in Lochristi, Belgium.

Drinking the Sun or in the sun?

You can read the name of the beer in two ways. Either as ‘Drink in the sun’ or as ‘Drinking the sun’ and both names are actually very applicable for this beer. When you pour the beer, you first of all notice the fresh, orange-yellow color with the clear white head. This makes the beer look really sunny and you could say that you have the sun in your glass. The fact that the beer has an extremely fresh taste makes it particularly suitable for drinking in the sun. How we should interpret the name exactly does not matter too much, the most important thing is that the beer is a very nice non-alcoholic beer that is very accessible for many people.

The beer smells very fruity, we smell peach and pineapple with a hint of citrus. When we taste the beer it is a bit more bitter than the smell suggests and the citrus starts to dominate a little. The bitterness comes from the hops used and ensures that the beer is never really sweet during drinking. It does not really have much body, so you would think that its suited to drink it quick and easy, but that is not really the case due to the bitterness. That bitterness is not really exaggerated and disappears relatively quickly when you have swallowed the beer. The aftertaste is even slightly sweet and reminds us of the peach and pineapple we had smelled before we started tasting. Mikkeller Drink’in The Sun is a beer that we believe will be enjoyed by many enthusiasts of non-alcoholic beer. The bitterness of the hops may scare some, but we think that people who don’t like bitters will really experience it as a very fresh touch and will just drink through it.

You can order the beer on the webshop of Mikkeller