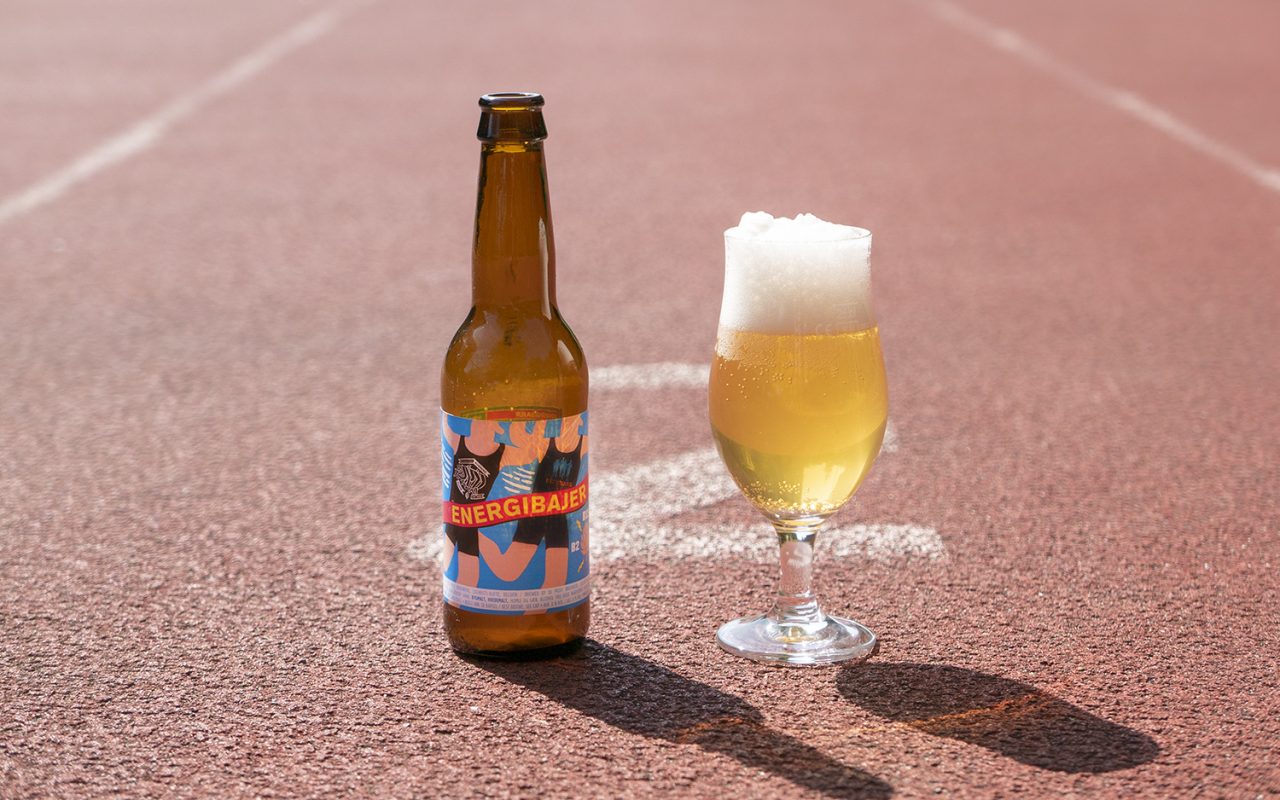 A few weeks ago we tasted the fresh Drink’in The Sun from Mikkeller, today we taste another beer from the Danish brewer, the Mikkeller Energibajer. Just like the Mikkeller Drink’in The sun, this Energibajer is also brewed at the ‘proefbrouwerij’ in Lochristi, Belgium, based on a Mikkeller recipe. The Mikkeller Energibajer is not the first non-alcoholic beer that claims to be the perfect sports drink. The beer should give you an extra energy boost when you drink it. We like to believe that, but the most important thing is that the beer is tasty. The extra energyboost is a nice extra.

That alcohol-free beer is very suitable to drink after exercise is normal. Most non-alcoholic beers are made with pure, natural ingredients and contain many nutrients that will help you recover after a sport performance. Beer with alcohol can also take on that task perfectly, with the disadvantage that alcoholic beer contains a lot more calories and that you can get drunk …

The Mikkeller Energibajer looks very clear when we pour it out. It looks like a wheat beer, but not at all cloudy. What is striking is that the beer has a sturdy, white head that lasts for a very long time, something that turns out to be an exception for non-alcoholic beers and which we certainly appreciate. The Mikkeller Energibajer smells hoppy, with a lot of citrus in the background. The taste is relatively close to the aroma, but is slightly more fruity than the smell suggests. In addition to the citrus we had already smelled, we also taste a little peach and perhaps some melon. The taste is therefore slightly fruity, but the beer is certainly not sweet. The slight bitterness of the hops ensures that. That slight bitterness is a bit more apparent in the aftertaste, but it never really gets very bitter.

It is understandable that Mikkeller profiles the Energibajer as a sports drink. The beer is less bitter than the Drink’in The Sun and therefore more suitable to drink a little faster. That is exactly what you want after a sport performance: a drink that tastes good, contains enough energy, but is tastier than an extremely sweet energydrink. We already mentioned when we tasted the Drink’in the sun that the body of that beer is relatively light, but this Energibajer has an even lighter body. All this makes the beer a really nice sports drink, but nothing forbids you to just enjoy it on a terrace.

More info can be found on the site of Mikkeller