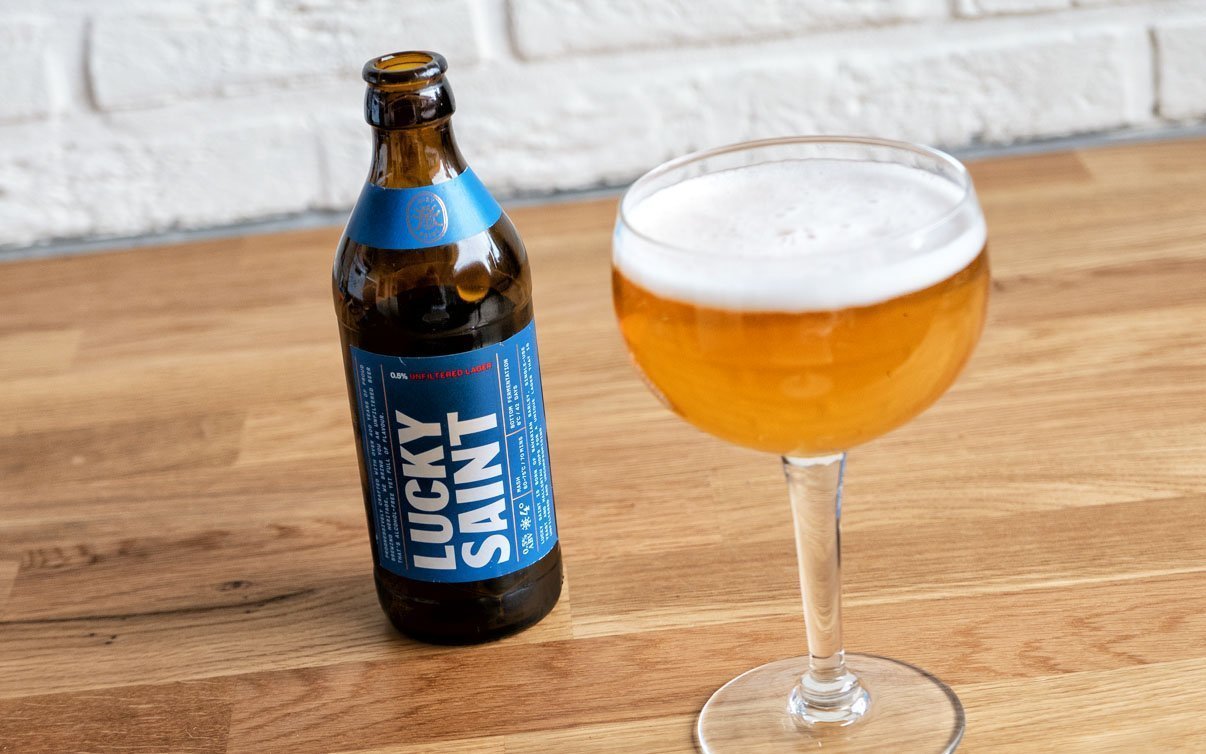 Score 86%Score 86%
| Alcohol-free beer Lager Lucky Saint
Lucky Saint is a brewery based in London, that specializes in non-alcoholic beer. Luke Boase, the founder of the brewery, wanted to make a beer that changed the way the world looked at alcohol-free beer. A progressively brewed beer, with an impeccable taste.

When Luke shared his idea with the industry, he was told several times that it was impossible to make a really nice alcohol-free beer. He would, according to them, be better off making a nice soft drink.

Luke, however, did not get discouraged. He immersed himself in brewing processes and started to experiment. Because most experiments failed, but he still believed in his intentions, he made some drastic decisions. Luke quit his job, stopped drinking alcohol and left for Germany. There he drank countless non-alcoholic beers and visited numerous brewers. Most brewers did not really feel much for his project until he finally found someone who shared his vision.

The brewer and Luke took plenty of time to find the right ingredients, developed their own yeast and set up a unique brewing process. Without compromise. After a year they succeeded in developing a beer that they were both happy with, the Lucky Saint Lager was born.

Lucky Saint Lager is a beautiful golden yellow beer with a thick, snow-white head. The beer smells hoppy and malty, a bit sweet, with a touch of lemon. At the bottom of the bottle a considerable amount of yeast is left behind, which you can or can not pour into your glass.

There is no lack of taste. You immediately taste that this beer has a lot of body, even more than you’d expect by smelling it. You immediately taste an abundance of malt and a little hops. Later on, the lemon flavour is more and more reflected. The beer is a bit bitter, but if you are not a fan of bitters, you should not be scared to try one, it is all very balanced.

The mouthfeel is also pleasant. The beer seems to contain less carbonic acid than a regular lager, making it a lot more velvety and softer to drink. This also gives you the tendency to enjoy it more and not to drink it as a quick thirst quencher.

The mission has succeeded, at Lucky Saint they have made a very tasty beer without alcohol. Currently there are still two new beers in the pipeline,  ‘something hoppy’ and ‘something lucky’. If these are just as tasty as this Lucky Saint Lager, the alchol-free beer market welcomes three new interesting beers. Given the fact that a bottle of 33cl. barely contains 53 calories, you will not be stuck with a beer belly by drinking this one. 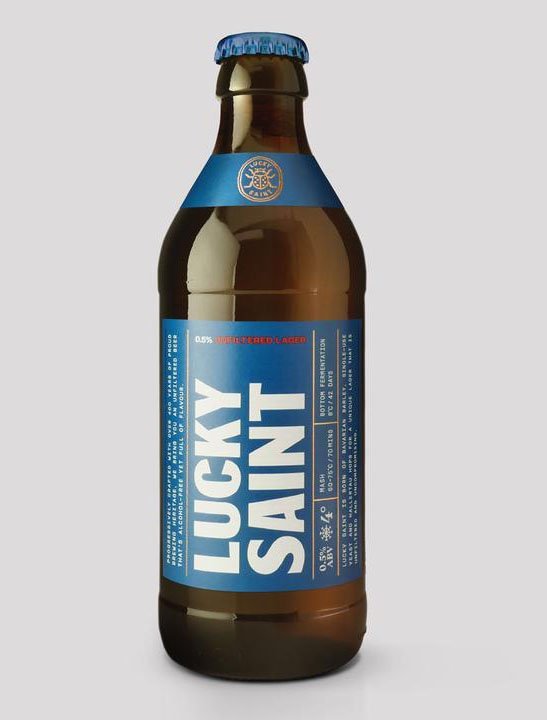 Info:
More information about Lucjy Saint Lager can be found on their website www.luckysaint.co where you can also order the beer.

Summary Luke Boase wanted to make an uncompromising alcohol-free beer that was pleasant to drink with a full flavour. Two things he certainly succeeded in.