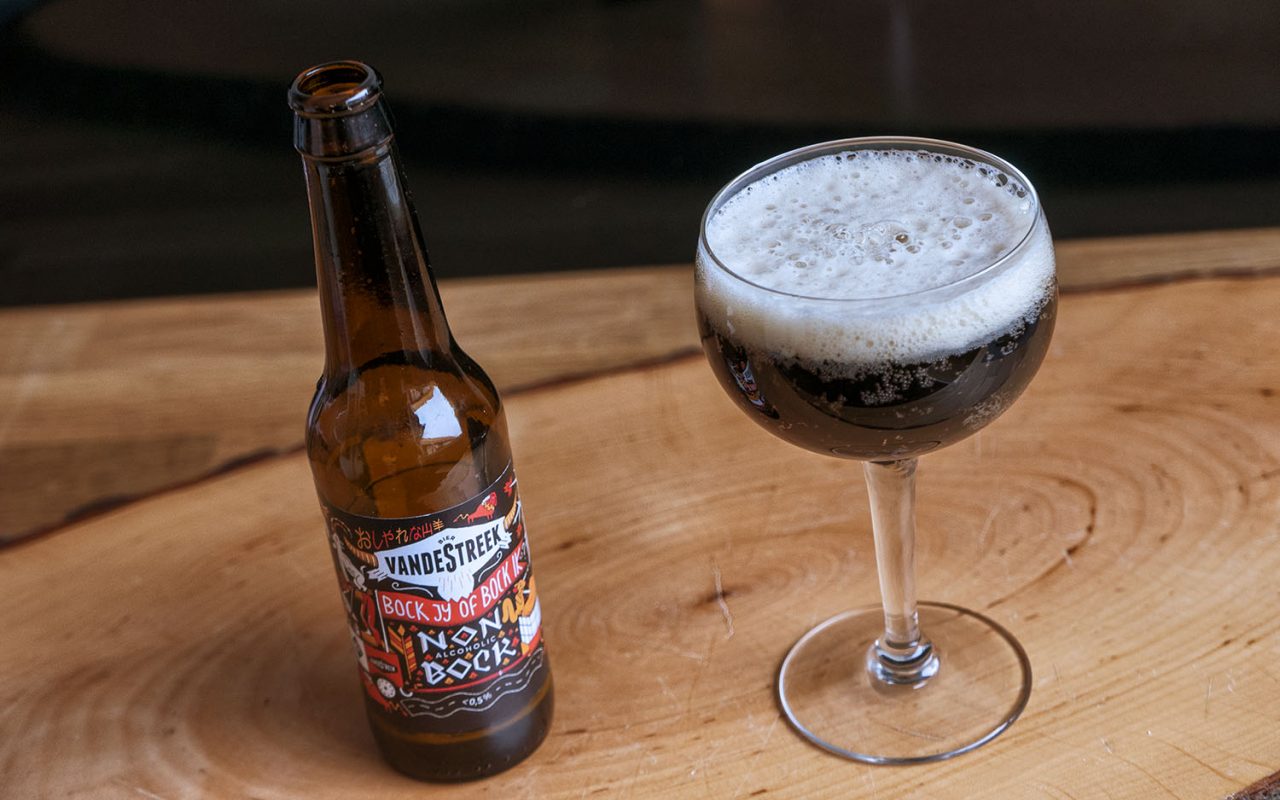 Score 83%Score 83%
| Alcohol-free beer Bock beer Vandestreek
Brewery VandeStreek from Utrecht is a fairly new brewery, started by brothers Sander & Ronald van de Streek. In 2010 the brothers started brewing beer at Sander’s apartment. Originally it was not the intention to make the brewing into  a commercial activity, making beer was just a hobby for the two. The passion for brewing turned out to be very big, however, and in 2013 the brothers presented their first beers at the Utrecht Beer Brewery Festival. This was immediately the real start of Beers VandeStreek. In 2016 they started with the construction of a real brewery, fully equipped to their own taste. In March 2017 everything was operational.

When you pour the VandeStreek ‘Bock jij of Bock ik’ into the glass, it is immediately obvious that you must pour rather hard when you want to get a reasonable head. The foam that eventually forms is firm and is nice cream-coloured. However, the foam does not last very long. The little foam that remains sticks nice to your glass. The beer smells relatively sweet, but that is certainly possible for a bock beer. In addition, it smells a bit roasted and malty, as it should be. By describing the smell, you immediately describe the taste of the beer. This VandeStreek tastes exactly as it smells. You can clearly taste sweet caramel that is slightly roasted, with a malty taste in the background.

All flavours are well equilibrated, which ensures that everything is nicely balanced, but that the beer at the same time seems to taste a bit flat. This is probably because no taste is really dominant. If you love a bock beer with a very provocative sweet, malty or roasted taste, you might not find what you are looking for here, but if you like a well balanced bock beer, then this bock will definitely appeal to you. However, you do not have much choice in alcohol-free bock beers. Besides this beer from VandeStreek there is only a Braxxz Barreled Bock available. When we can score a Braxxz barreled bock, you will certainly also find out what we think of it on this site. 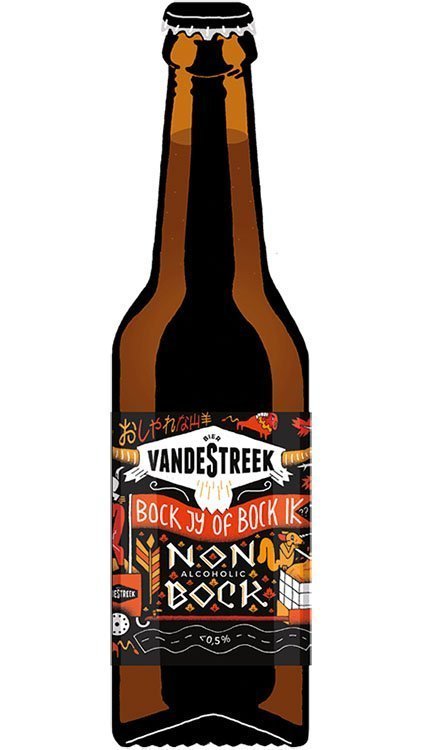 Info:
More information on this beer, you can find on this website

Summary The VandeStreek 'Bock jij or Bock ik' can most definitely be considered as a very meritorious attempt to brew an alcohol-free bock beer. Not a pure flavor bomb, but definitely recommended for someone who likes a bock beer, but prefers not to drink alcohol.