Tasted! No Ghost in a Bottle 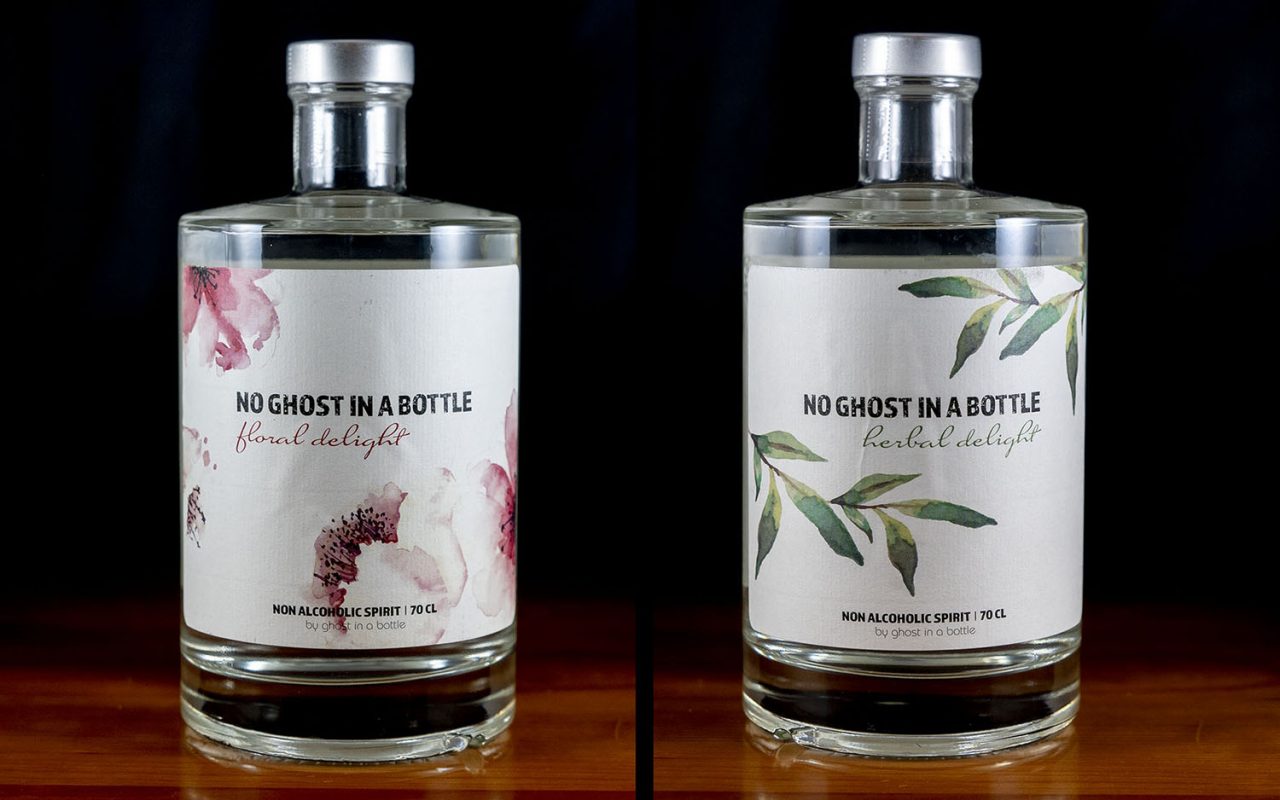 Score 87%Score 87%
| No Ghost in a bottle Non-alcoholic distillate
Ludwig Lampaert was working as a sales representative for some time in the wine and spirits industry when, back in 2015, he decided to start creating a Gin himself. At the start one Gin was produced, the Ginetical. A few years later there were 2 Gins, 2 types of Rum and a Vermouth in his range, they were all produced under the name ‘Ghost in a Bottle’. At Ghost in a Bottle, the use of high-quality, natural products is highly valued. Ludwig’s motto is that creating all good things takes time. That is why at Ghost in a Bottle they take more than enough time to create, taste smell and judge their new products. If a new creation is not to their liking, it will be considerably adjusted or, if necessary, created from scracth again.

No Ghost in a Bottle

Ludwig soon realized that non-alcoholic drinks are gaining in popularity and that there is simply a great need for non-alcoholic beverages. Even someone who does not drink alcohol has the right to drink something that is tasty. Or as he himself says: “People who don’t drink alcohol should no longer say that they do not drink”. After some attempting and experimenting two non-alcoholic products were made based on natural botanical distillates. These two drinks, which were given the label ‘No Ghost in a Bottle’, can be considered as replacements of Gin in a Gin & Tonic, or can be perfectly used to prepare various non-alcoholic cocktails.

The two varieties of No Ghost in a Bottle were given the names Floral Delight and Herbal Delight. Floral delight is made on the basis of blossom and flower extracts to get as colourful a flavour as possible. Herbal Delight, on the other hand, contains distillates from the traditional botanicals that are also used to give an ordinary Gin its flavour. To make a simple substitute for the traditional Gin & Tonic it is recommended to use about 5 cl. of No Ghost in a Bottle with a 25 cl. bottle of tonic. To garnisch the drink, you can use red fruit with the Floral Delight, the Herbal Delight likes a sprig of rosemary.

How do they taste?

When you drink the Herbal Delight pure, you primarily taste the rosemary, but it seems clear that some Juniper is definitely used. We know that ginger is used in the Herbal Delight, but it could not immediately be detected. It is only when you swallow the drink that you feel the slight tingling of the ginger on your tongue and in your throat.

The Floral Delight is slightly milder, but will therefore appeal more to those who like it a little more colourful and less spicy. As with smelling, it is difficult for us to determine which flowers or blossoms have been used, but it is clear that certainly enough extracts and / or distillates are present.  A bit of a shame is that with the Floral Delight you might miss the slight tingling touch of the ginger when swallowing it.

Both products are clearly of high quality and will pleasantly surprise many as a non-alcoholic alternative. Here on this website, we made two very tasty cocktails with No Ghost in a Bottle. ‘The Free Mule‘ was made with the Herbal Delight, ‘No Gin in the Fizz‘ with the Floral Delight. Although we might give the Floral Delight one less point for mouthfeel and aftertaste, we are going to judge them equally, because this is perhaps more a matter of personal taste. 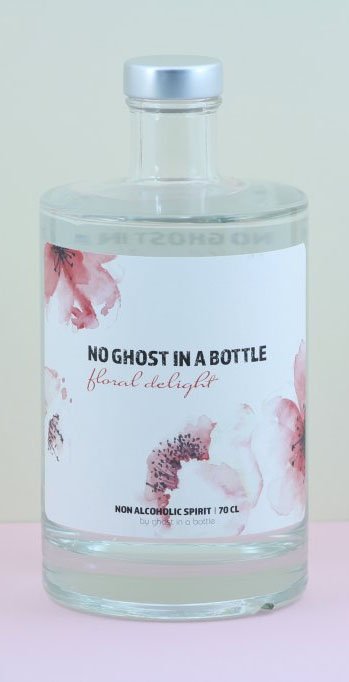