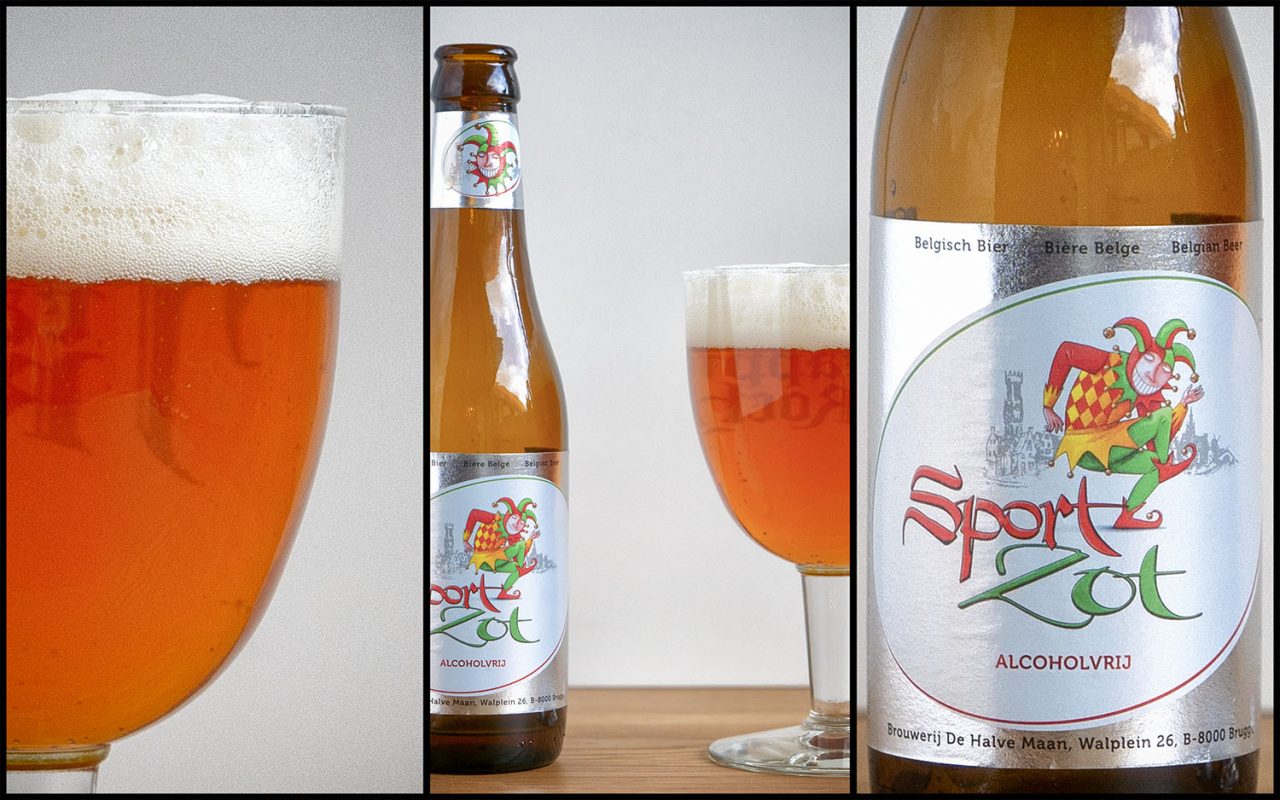 Score 83%Score 83%
| Alcohol-free beer Sportzot
Just before the summer of 2018 brewery De Halve Maan from Bruges, especially known for their beer ‘Brugse Zot’, launched ‘Sportzot’. This is an alcohol-free version of their bestseller. Launching a new beer just before the summer is of course ideal. Everyone wants to try something new on a summer terrace. That you can find some alcohol-free refreshment during the summer heat seems to be an additional asset.

That Sportzot is an alcohol-free version of Brugse Zot, can be taken quite literally. Sportzot is produced by filtering all alcohol from the Brugse Zot, except for 0.4%. This is a process that takes about 40 hours. It would in theory be possible to filter out the remaining 0.4% alcohol as well, but that would take so much time that brewing the beer would no longer be profitable.

That the launch of Sportzot was a success could be seen in the Belgian supermarkets. During the first weeks, the stock was very often exhausted. A real proof that many are waiting for such alcohol-free specialty beers. At De Halve Maan brewery, too, they had to step up their game and mobilize an extra team just to keep up with the demand for Sportzot.

Sportzot smells relatively malty and a bit sweet. The taste is slightly less sweet than the smell suggests and is reasonably sharp and bitter, but still with a sweetie. There is a really pronounced hop flavour that provides the bitterness. The touch of citrus that you will taste does not make the beer too sour. When you drink Sportzot slightly warmer, the taste becomes a lot fuller and the sharper, bitter taste slightly disappears. Someone who does not like bitters, might be better to drink the Sportzot somewhate warmer. There is certainly more than enough flavour in Sportzot, the bitterness invites you to enjoy it at ease.

The beer looks golden yellow, somewhat on the dark side of the spectrum. There is more than enough, beautiful white foam, which is also kept relatively long for an alcohol-free beer. 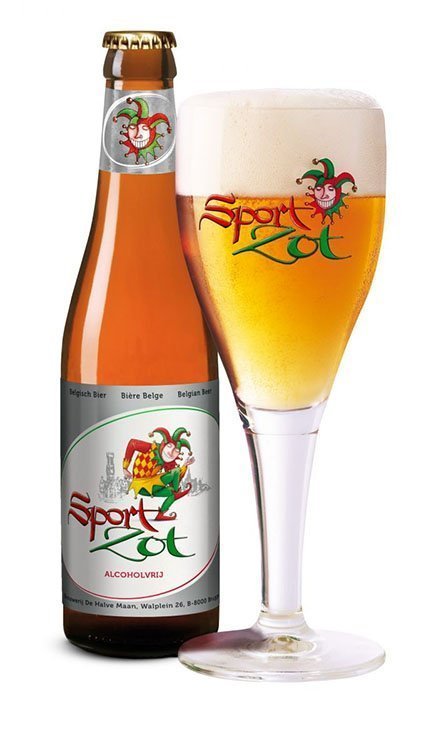 Mor information about Sportzot can be fount on this website from brewery De Halve Maan.

Summary Sportzot is a beer that has more than enough flavour, but may not be suitable for people who do not like bitterness. For those who are fans of it, the bitterness ensures that you can really take your time to enjoy this beer.