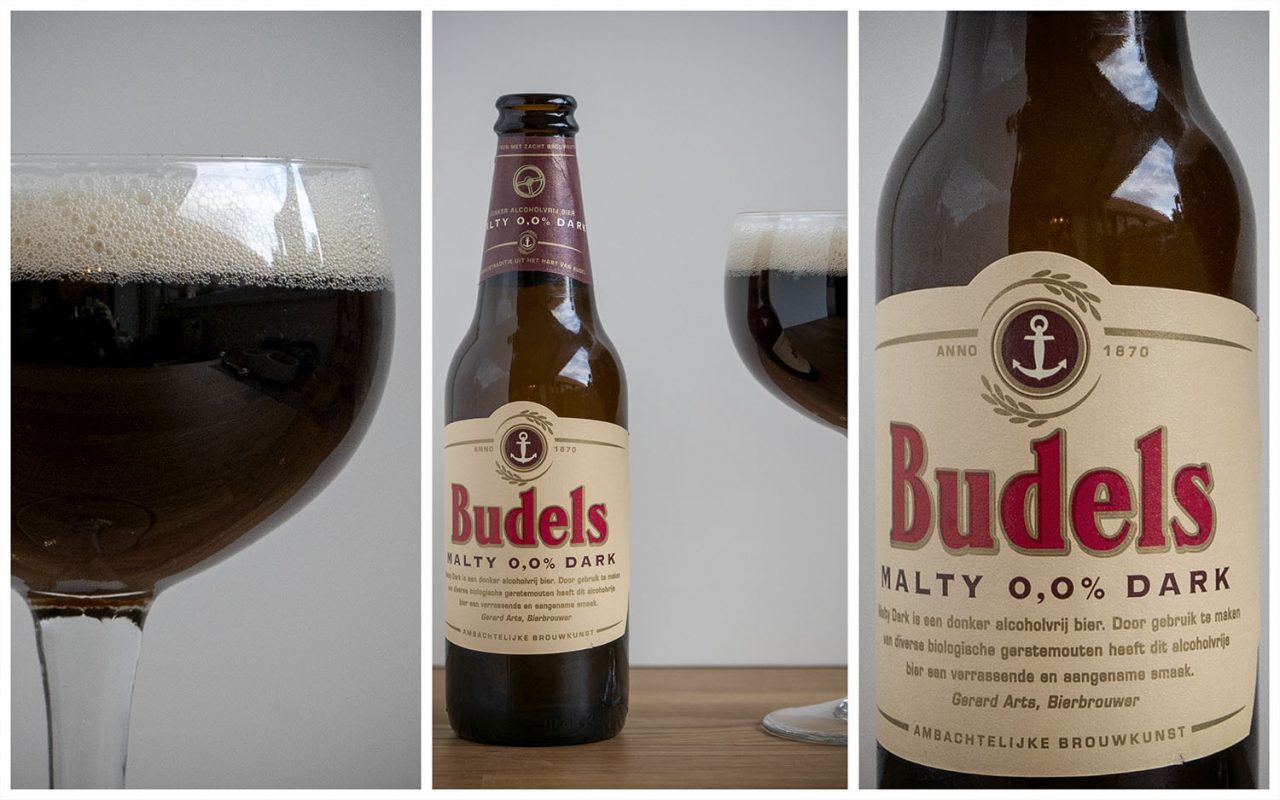 Score 81%Score 81%
| Alcohol-free beer Budels Non-alcoholic beer
The history of the Budel brewery, located in Budel in the Netherlands, dates back to 1870. Then Gerardus Arts started a brewery under the name ‘De Hoop’ (Hope). Today the brewery is in the hands of the fourth generation of the family Arts, who still lead the brewery with a lot of love for the art of brewing. The anchor in the brewery’s logo refers to the symbol for hope, the first name of the brewery. At the Budel brewery, a lot of attention is paid to sustainability. All beers are therefore brewed fully climate-neutral.

This dark beer smells very promising. It smells a bit sweet and you smell an abundance of roasted malt. When you taste the beer, it tastes slightly less pronounced than the smell suggests. The roasted taste is certainly present, also the caramel, but we had expected a little more flavour after smelling. On the dark brown beer you easily get a nice, cream-colored foam, but that disappears pretty quickly. We certainly do not want to say that the beer has too little flavour, but expected somewhat more. All in all it is a nice beer that will not disappoint. The beer has a soft mouthfeel and does not contain too much carbon dioxide. This makes the beer easy to drink. After smelling, we expected that it would be a bit heavier, but if you’re looking for a brown beer to drink easily, this one can certainly be recommended

More information can be found on this link

Summary Budels Malty 0.0% Dark is a brown beer that drinks easily. Definitely recommended and especially when you think it is important that a beer is brewed biologically and climate neutral.