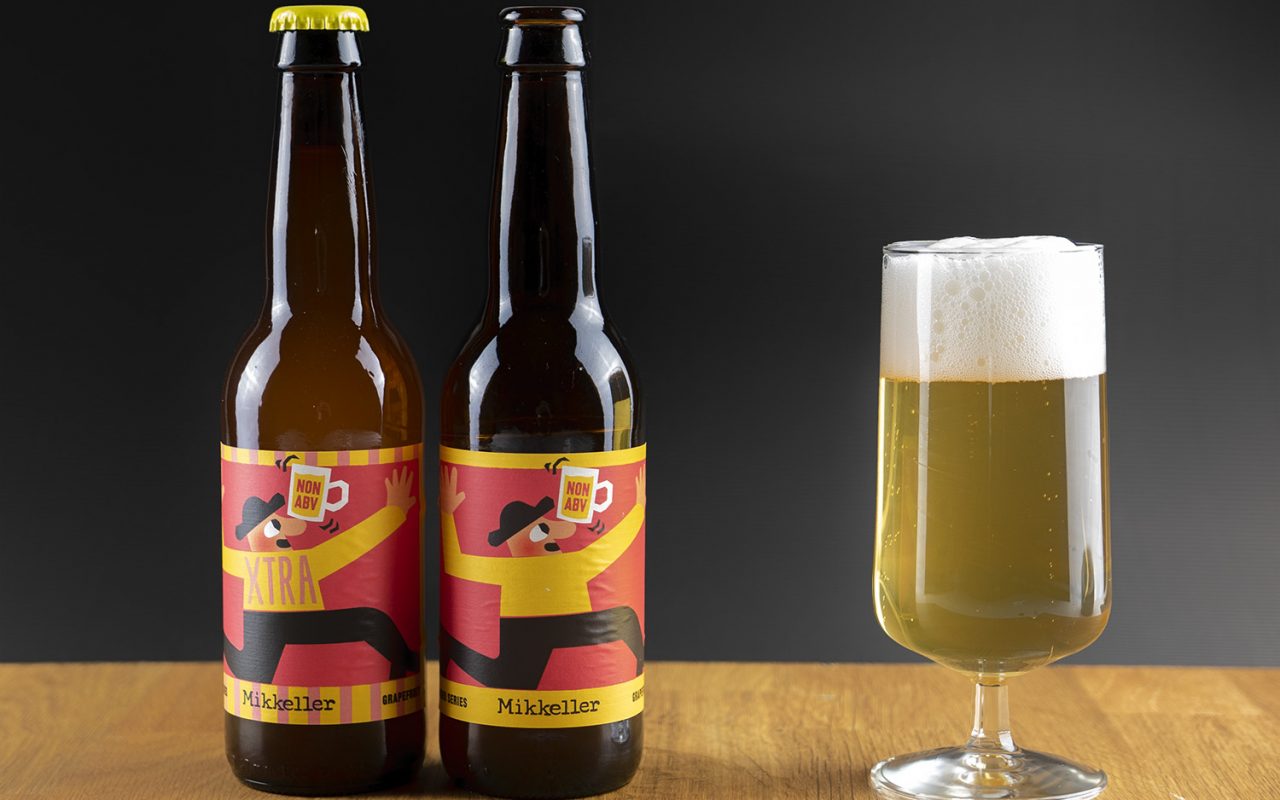 You could already read on this site that they produce a lot of non-alcoholic beers at Mikkeller. These Kinder Series Grapefruit beers are described as ‘Flemish primitives with Grapefruit’. The Flemish primitives, are brewed at the ‘Proefbrouwerij’ in Lochristi, Belgium. All these Flemish primitives have some common characteristics. They are made based on a neutral pilsner malt. But also the grain, wheat, rye and oats used in the production are used in purest form, not caramelized or roasted. Futhermore, no herbs are used in the brewing process. Extra ingredients are added to show how microorganisms do their work to add flavours to beers. In these Kinder Series grapefruit is added to add some extra taste.

If you pour the Kinder Series Grapefruit (not the XTRA) into your glass, you’ll see a nice, yellow-colored beer. It is slightly cloudy and has a solid, white head that disappears relatively quickly. A little faster than we are used to from other Mikkeller beers. The beer smells very fruity, of course like grapefruit, but you also smell lemon and a little peach. Because of a slight malt smell you know that this is a beer and not a fruit juice.

We first taste the ‘normal’ version and are a little surprised that the grapefruit flavour we taste comes from only 1% grapefruit. According to Dirk Naudts of the brewery, these non-alcoholic Flemish primitives should taste a bit like a perfect marriage between a beer and a lemonade. We can fully agree to that. In addition to the grapefruit, we also taste a little bit of bitterness from the hops, a little citrus and a little tropical fruit, but it is the grapefruit that dominatesthe other flavours.

The XTRA Grapefruit, with 2% grapefruit, not only tastes different than the regular version, but also looks different. The XTRA is a lot more turbid than the regular version, but the foam head is almost identical and unfortunately disappears just as quickly. The extra percentage of grapefruit used does exactly what you expect it to do. In the XTRA you smeel the grapefruit even more, and of course you can also taste a lot more grapefruit. You can still taste the other flavors, but they are even more dominated by the grapefruit.

In the aftertaste the normal version remains slightly sweeter, with the XTRA the sour, bitter taste of grapefruit really lingers for a long time. The beer does not have a lot of body, but the carbonation is good.

The two beers share a lot of characteristics. The XTRA, with its extra grapefruit, tends a bit more towards lemonade and is only suitable for the true grapefruit lover. With the regular version the other flavours are also sufficiently covered, so it might appeal to more people. These two beers are certainly tasty and will provide a lot of refreshment in the summer with incredible ease. For us, the taste reminds us a bit too much of that of lemonade, so at times we no longer had the impression that we were drinking beer. For the fans of a good, fresh radler, this will be certainly be a winner.