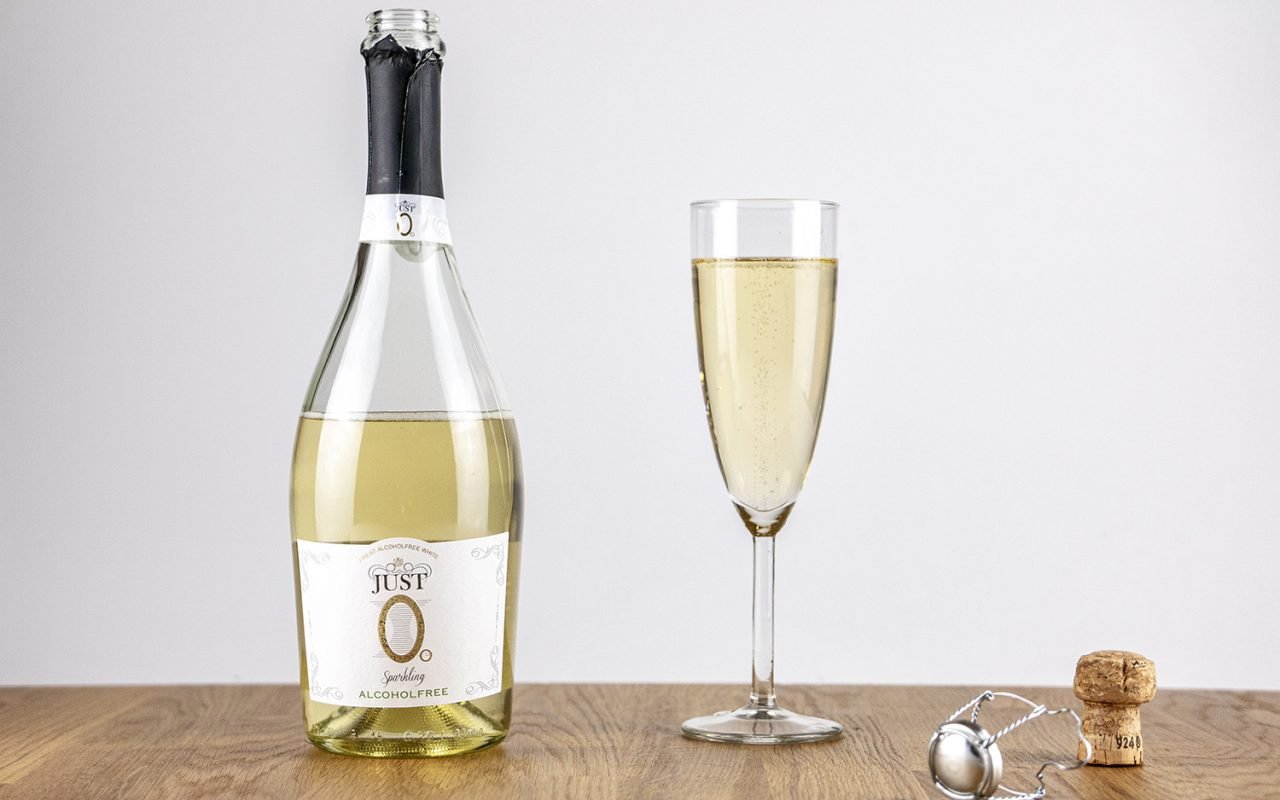 This Just O Sparkling is a product of the ‘Peter Mertes Weinkellerei’ in Bernkastel, Germany. In this winery they produce a very extensive range of wines, with more than twenty different brand names. Since the winery is located in the Moselle Valley in Germany you would suspect that the wines from Peter Mertes are all made from German grapes, but that is not the case. Peter Mertes makes his own wines in Germany, but also imports and bottles wines from various other countries.

When there was more and more demand for non-alcoholic wines, Pete Mertes also wanted to be active in this market segment. However, they found it problematic to find tasty non-alcoholic wines for bottling or importing and decided to make non-alcoholic wines themselves. Peter Mertes installed an ultramodern installation to extract alcohol from wine using the newest techniques. By doing this, the winemakers at Peter Mertes can select wine that they believe is suitable for de-alcoholizing. This way they have control over the taste and quality of the non-alcoholic wine they sell.

At Peter Mertes, they now distribute non-alcoholic wines under at least four brand names. In addition to this Just O, they also have Free Feather, Light.House and Schloss Sommerau. What exactly the differences are between all these wines is not really clear. We are going to make some reviews of those wines in the coming weeks,  we start with the Just O Sparkling.

How does it taste?

It is not easy to figure out exactly what grapes the Just O Sparkling is made with. There is no mention of a grape variety either on the bottle or on the technical sheet that we received about the wine. We were told that French grapes are used, so we assume that is true. The low calorie content, 25 kcal. per 100 ml., is explicitly stated in the technical sheet of the wine, so we suspect that they see this as a big selling point. On the bottle we find that the wine contains 29 kcal. per 100 ml. four more than in the technical sheet, but that too is barely a third of a wine with alcohol.

Because we have too little information about the production of the wine, we can’t really talk about it, so we limit ourselves to the most important thing: the taste. And actually we can be fairly brief about that, there is nothing wrong with this Just O. The Just O Sparkling looks like you would expect from a sparkling wine. It is slightly darker yellow, and when you pour it into the glass, it fizzes just as it should. The bubbles are not too large, which keeps the wine pleasantly drinkable. The Just O smells relatively fruity and that is also how it tastes. This is not a very dry sparkling wine, but the bit of sweetness comes from fruity notes and not because the wine is artificially sweetened.

If you are offered this Just O at a party, you should not be afraid to drink it. You will not be disappointed. Even when you find him in the supermarket, you should not hesitate whether you would buy it. This Just O is certainly not bad and does the job it has to do with ease. We just think it is a shame that we have no more information about the grapes used or the country from which the wine originates. Perhaps a mixture of different wines is used to achieve this result and it is a bit difficult to indicate them all. Cheers, we are now going to drink the rest of the bottle.