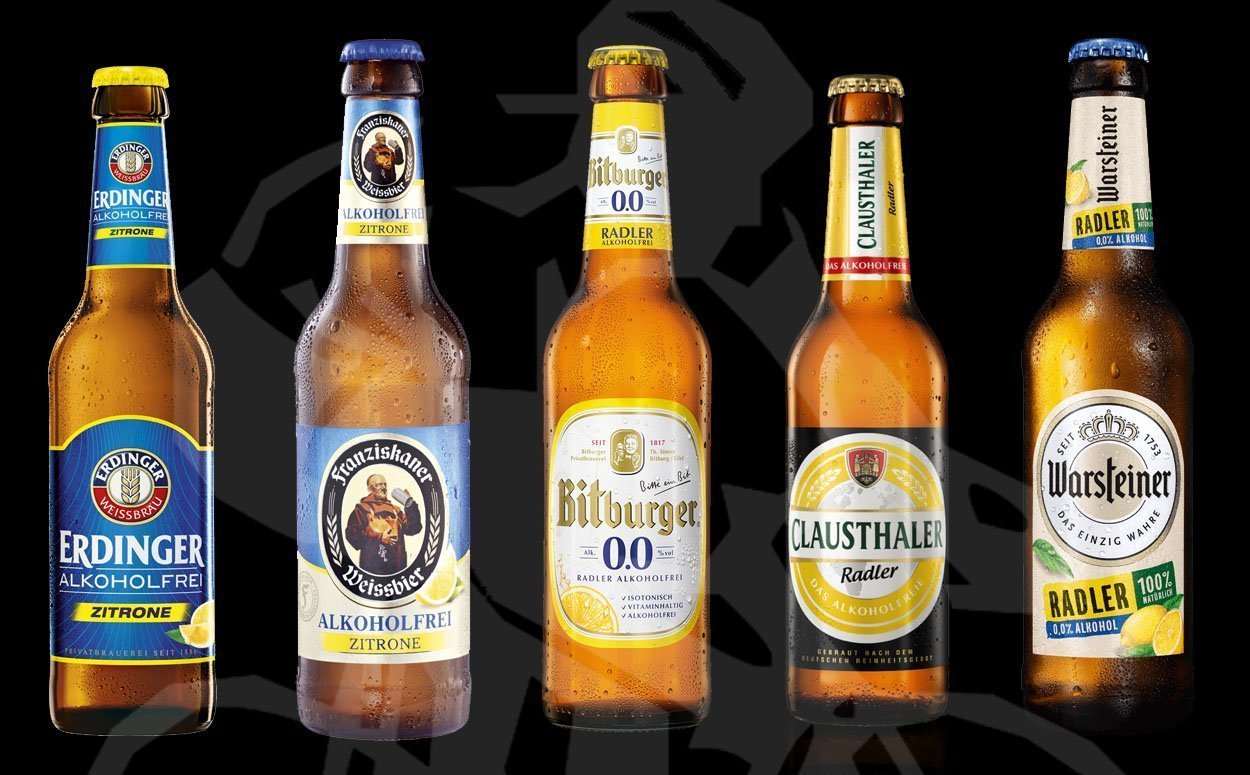 The last couple of years have seen a rapid rise in beers ‘with a taste’. Usually these are put on the market as a ‘radler’. In the beginning such a radler was an ordinary pint, mixed with lemonade, lately you will find radlers with the craziest flavor combinations. So you have radler with lemon, lime, grapefruit, mojito, ginger etc … We searched out where this hype comes from and why there are so many interesting, alcohol-free radlers to be found.

At the end of the nineteenth century, Bavarian Franz Xaver Kugler worked as a laborer on the railway connection between Munich and Holzkirchen. Franz got tired of the hard work on the railway and decided to earn his money in a different way. Because he strongly sympathized with his colleagues who had to work on the railway, he decided to organize a transport that provided them with beer every day. It din’t take long before Mr. Kugler got tired travelling up and down with the beer, so he decided to open a tavern under the name ‘Canteen der Königlich-Bayerischen Eisenbahn zu Deisenhofen’. In this ‘company restaurant’ the workers at the railway could always go for something to eat or drink.

The work on the railway was completed in 1897. This made Franz his canteen useless and he had to look for another business plan. In the first instance Franz christened the shack to ‘Waldrestaurant’, later he made it a more distinguished establishment, ‘The Kugler Alm’. This Kugler Alm and a tavern named after Franz still exist today.

Too much thirsty cyclists

After the first world war the popularity of cycling increased heavily. Businessman  Franz quickly got the hang of it and he had a bike path laid from Munich, through the woods to the Kugler Alm in Deisenhof. The bike path, of about 15 kilometers long, quickly became popular with day trippers who wanted to escape the busy Munich on weekends. And so it happened that in 1922, on a warm Saturday, 13,000 cyclists descended to the Kugler Alm. All very thirsty. As befits the real Bavarian, they all wanted to order beer. Franz Xaver had not expected these enormous crowds and had no beer in stock to quench the thirst of them all. The manager wanted to earn every penny he could and he wanted to sell them all a drink. That is when he decided to start selling beer that was mixed with lemonade. He sold his mixture as ‘Radlermaß’ (a unit for the cyclist). He said that he had invented this drink especially for cyclists, so that they were not drunk when they had to cycle home.

The new brew quickly became popular in the whole of Germany and it became better known under the name ‘radler’. Many cafe owners had developed their own recipe for their radler. In the beginning, dark beer was often mixed with lemonade, after a while a radler was usually a mix of lager or white beer with lemonade.

Despite the great success of the radler, it was forbidden in Germany to bring a drink to the market that mixes beer with lemonade. So you always had to mix it yourself when you wanted to drink a radler. That changed in 1993. In Germany, a new version of the law that regulates the tax on beer made it possible to sell beer that is mixed with some soft drink. There was a lot of experimenting in the beginning and beer was mixed with every possible soft drink. In the end, it was the radler who had the greatest commercial success, that is why currently, almost every German brewer brews its own radler.

The big advantage of radler is that it is very accessible. It is a little sweeter than normal beer, it contains less alcohol (the alcohol-free version contains no alcohol at all of course), and a lot of people think it’s better to quench the thirst than a regular beer, making it ideal as a refreshing drink in the summer. The first radlers that came on the market were not really tasty, because they were little balanced in taste, meanwhile it has been understood that also radler has to taste good and there are really tasty radlers available. Lately there is more experimentation with different flavors besides the regular version with lemon. These new flavors are often well thought out and some are really good. 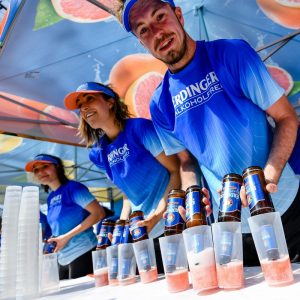 Breweries soon understood that radler was not only drunk because it contains less alcohol than a normal pint, but also because many people just liked it and thought of it as the ideal thirst quencher. Because non-alcoholic lager in Germany is on the rise, and almost every German brewery makes a Radler, it was rather logical that they would all come up with an alcohol-free variant. And the alcohol-free variant does it very well. Perhaps the success can be explained by the fact that the taste difference of an alcohol-free radler and a normal radler is so negligible that you better opt for the variant without alcohol, because it is healthier and contains fewer calories. Some, such as Fuerstenberg Zitrus Radler Alkoholfrei and Arcobräu Radler Alkoholfrei are even free of sugars and contain only 8 and 7 kCal per 100 ml respectively.

Several breweries in Germany are very active in sponsoring sporting events. For example, Erdinger has set up a ‘Team Erdinger Alkoholfrei’. This is a real sports club with more than 5,000 members, who are both professionally and at amateur level engaged in sports and are supported by the large German beer brand. At certain sporting events in Germany, alcohol-free beer is very popular. Last summer, for example, Erdinger lemon and grapefruit was served during and after the competition at several city runs in Germany.

After your next sport performance, try a non-alcoholic radler. There is plenty of choice in brands that offer them. Below is a brief overview of available products.