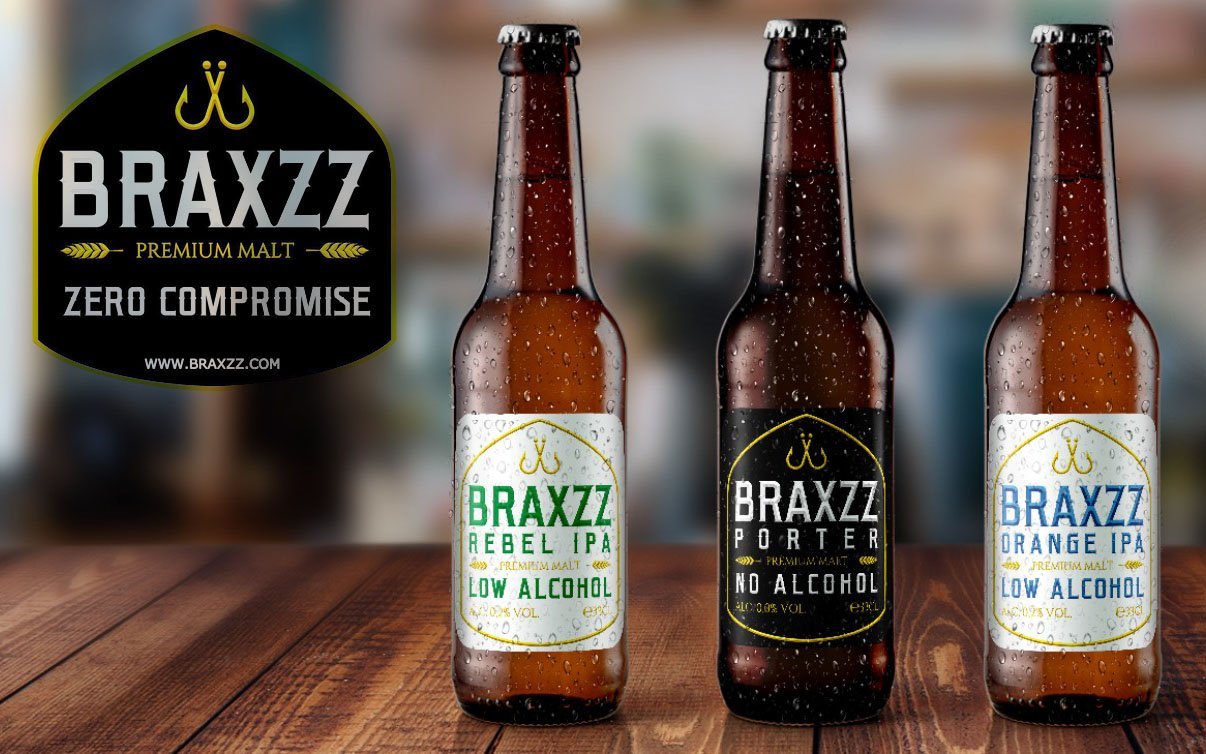 The idea of ​​starting a brewery where only alcohol-free beers are brewed was, as is often the case with good ideas, born in a bar. Some friends wondered what you should actually drink when you want to taste a nice craft beer, but you still have to drive home by car. The conclusion was that there really was no tasty alternative available. Many good ideas end up in the trash bin the morning after, but not in this case. They started to work on there idea and not much later the brewery Braxzz was born in the city center of Amsterdam

The Amsterdam crew, together with a group of Englishmen, developed a new brewing process which produces a beer with a maximum alcohol percentage of 0.2%. Nevertheless, the taste of the used ingredients could be preserved fort he full 100%. During the brewing process, natural extracts are added, creating a taste, mout hand finish that can hardly be distinguished from the alcoholic alternative. All beers are pasteurized and, as is often the case with non-alcoholic beverages, the beers contain very little sugar and therefore way less calories than the alcoholic equivalents.

In the short term, the brewery wants to become a well-established in the ever growing niche of alcohol-free craft beers. That is why in the brewery only alcohol-free beers are brewed, so all the focus can go to these products. The name Braxzz consists of two parts. Brax, coming from ‘Braxator’, the Latin word for brewer, the double Z stands for ‘Zero Alcohol’ and ‘Zero Compromise’. Since they do not want to make any compromises, especially in taste. The goal of the brewer is to make non-alcoholic beers taste as good as those with alcohol.

For the moment being there are five different Braxzz beers available in a 33cl bottle. A few beers should be available as soon as possible in a can. The next two years they plan to add a dozen flavors to the range. We certainly do  know a lot of people who can’t wait to taste all of these. In addition to the alcohol-free beers, Braxzz also has an alcohol-free cider in the range.