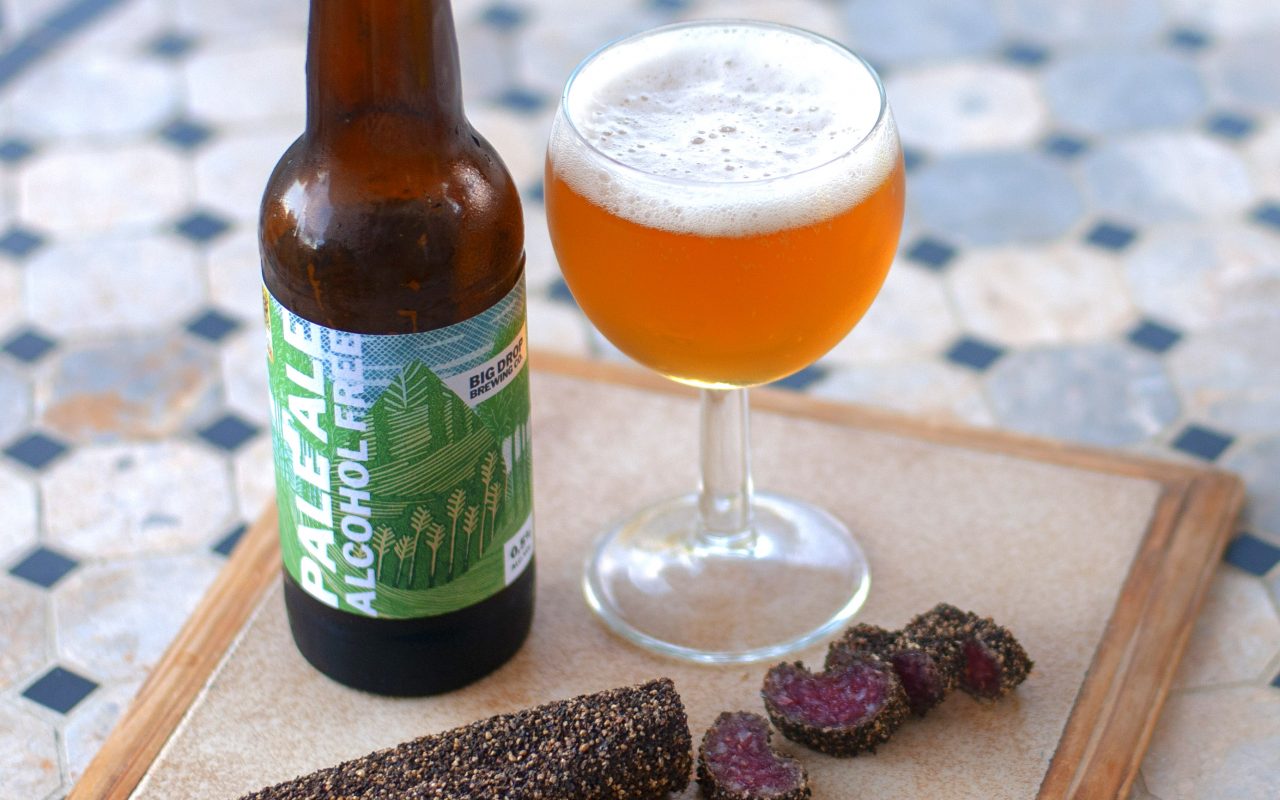 The first of the nine Big Drop beers we want to taste is the Big Drop Pale Ale. This Pale Ale is a dry-hopped beer that should taste very fresh. To achieve that freshness, the brewers use hops with a distinct citrus taste. What’s more, at Big Drop, they also add extra lactose to their alcohol-free beers. They do this to ensure that the beers would never become watery, as is the case with some non-alcoholic beers. The Pale Ale was voted best alcohol-free blond beer at the World Beer Awards in 2017.

The Big Drop Pale Ale is a light amber beer with a white head. The head stays upright long enough and sticks to the glass easily after drinking. The beer smells a bit fruity, but as promised, there is also a bit of a pine scent. You can also clearly smell that a lot of hops are used in the Big Drop Pale Ale after the first fruity scent. These hops ar also clearly noticed when you drink from the Pale Ale. You would expect the beer to be a bit sweet due to the fruity odour, but the bitterness of the beer blocks the sweetness immediately. The taste of the fruit remains as you taste a bit of citrus and tropical fruit and some lychee. In the aftertaste, the fruit lingers a bit, but it is also the bitterness and acidity of the hops used that predominate. Whether or not it is due to the added lactose, we do not know, but the mouthfeel of this beer is extremely pleasant. Just enough carbon dioxide present and a bit of a velvety structure in the mouth.

The Big Drop Pale Ale has more than enough taste to never become boring. This Big Drop Pale Ale is really a very nice non-alcoholic beer, especially if you like bitterness and acidity. You probably will find this beer easily, online it can be bought at www.wisebartender.co.uk