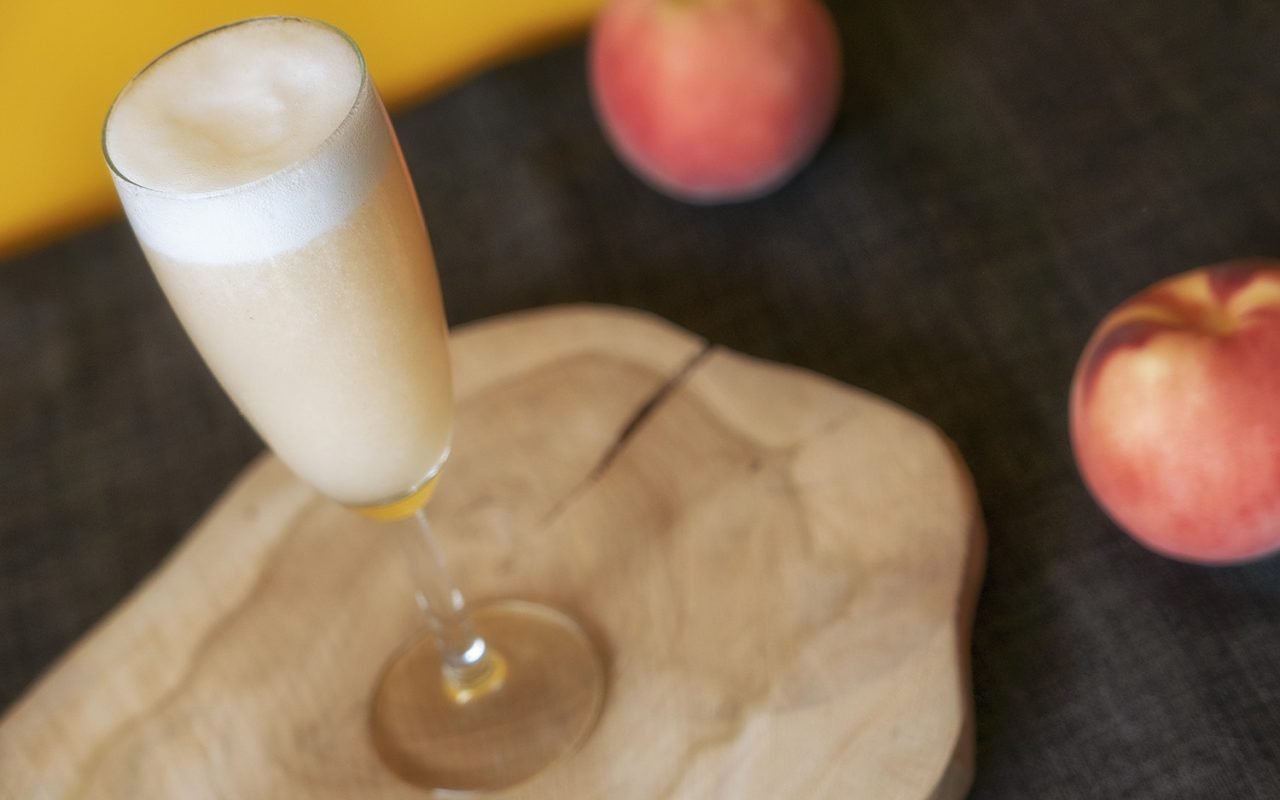 The next in our series of non-alcoholic IBA cocktails is the Bellini. The Bellini is categorized as a ‘Contemporary Classics’. The Bellini was first served at Harry’s Bar in Venice. Creator Giuseppe Cipriani invented the cocktail somewhere around the 40s of the last century. The cocktail was originally only on the menu during the summer when there was an abundance of peaches. The Bellini quickly became popular in the Harry’s Bar branch in New York. a few years later, when peaches were available during the entire year, the drink became a classic in both bars throughout the year. Giuseppe Cipriani called the cocktail ‘Bellini’ because the colour of the mix of peaches and prosecco reminded him of the colours used in the paintings of the 15th-century painter Giovanni Bellini.