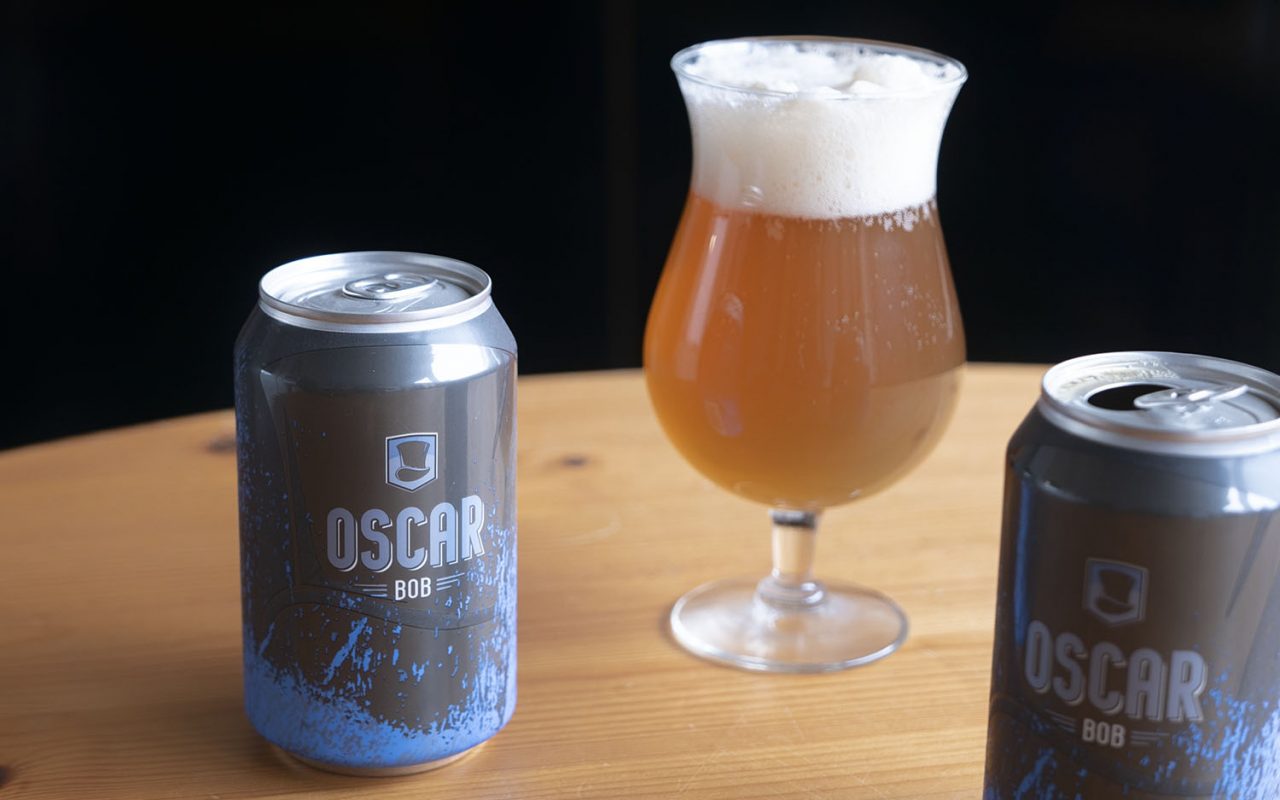 You can find the Eutropius brewery in Menin, Belgium. This is in West Flanders, near the border with France. The brewery is the brainchild of brewer Wouter Vermeersch and Eega Barbara Pratz, who is involved in the marketing of the company. The brewery actually specializes in making ‘customized beer’ for clients who want to market their own beer. In addition, they continue to brew their own beers at Eutropius, including the Oscar Blond, Oscar Bruin and Oscar Tripel. The Oscar Bob has also been added since 2019. This is an alcohol-free IPA that they brewed because they thought it was a nice challenge to produce a good alcohol-free beer.

It may not be a surprise anymore that the beer comes in a can, but for a Belgian brewer this is not very common as most of them keep using glass bottles. The trend that more and more beers are offered in cans can’t be stopped. There are various reasons for this. By storing beer in a can, it always remains protected from sunlight and is less subject to oxidation. Furthermore, the can has no influence whatsoever on the taste of the beer and cans are more environmentally friendly than bottles, this is in production, transport and also in recycling. In addition, especially in this e-shopping era, it is not unimportant that cans weigh less, cannot break and are easier to transport than bottles. Since the intention is for the Oscar Bob to conquer the world, it was therefore a logical choice to sell the beer in cans.

How the beer is brewed at Eutropius is a well-kept secret, and it’s their right to keep it that way. What we do know is that no alcohol is produced when brewing this beer, which means that this is not another beer from which the alcohol is removed. When brewing the Oscar Bob, three types of hops are used abundantly, which makes sense for an IPA. Bob looks golden blonde and tends towards amber. The foam head is light beige and relatively creamy. It doesn’t really disappear too quickly, but when it disappears here and there a little sloppy flakes are left behind, which is a bit of a pity.

Oscar Bob smells very fruity (citrus, pineapple, peach), somewhat floral, but very hoppy with a bit of a dull undertone. You taste what you smell when you drink beer. There is a clear malt and hop taste, without being too bitter, but it tastes a bit special, we would say somewhat dull and monotonous. We would have liked the citrus flavour to manifest itself a bit more to break that taste pattern . For an IPA, Bob could have been a bit more bitter and a bit more complex in taste, but all in all, this beer is certainly very well made. On the can we see that lactose is used in the brewing process. We already know this from the beers of Big Drop Brewing. Here too the lactose may be used to keep the beer from being watery. This assures that the beer has a good body, but perhaps there could have been a little more carbonation. The aftertaste of the beer remains present for a long time and is very pleasant, hoppy and somewhat bitter. So you will enjoy the beer for quite a while.

In this Oscar Bob you can taste the skills of a passionate brewer who wants to bring a delicious non-alcoholic beer to the market and does so with verve. The taste is quite special and according to us, tasters will be divided into a group of absolute fans and others that are totally not a fan of the Oscar Bob. The only thing you can do is taste an Oscar Bob to find out if it fits your taste.