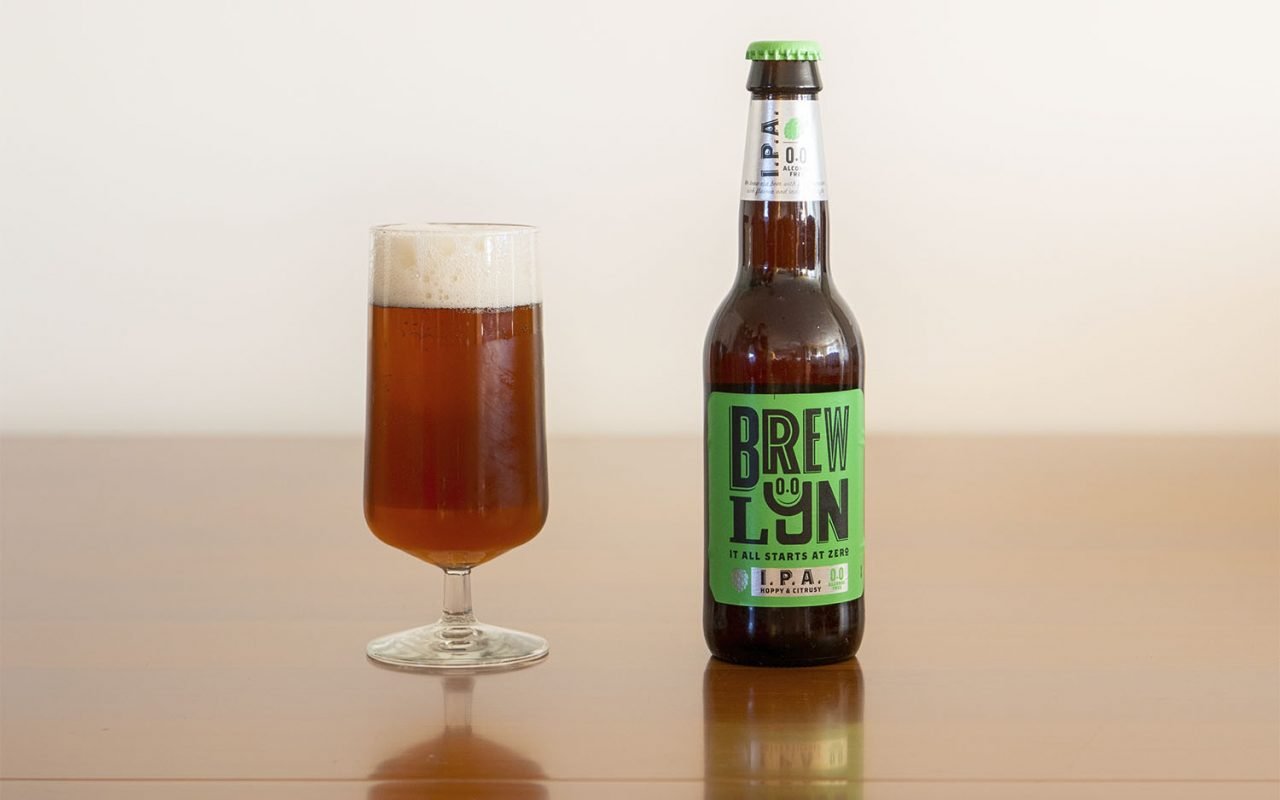 A while back we got three new non-alcoholic beers from Brewlyn. It concerned a Lager 0,0, a Weizen 0,0 and an IPA 0,0. In all our enthusiasm we went looking for the producer of these three new beers, but that was not to that obvious. The label mentions that the beer is brewed at Stassen in Belgium. Stassen is mainly known as a producer of Ciders, on their website we find nothing about Brewlyn. After a few emails we received an answer that the beer is currently in a testing phase and is only available through beerwulf.com. Unfortunately, we do not have more information ourselves, because also at beerwulf we do not get much information about the beer.

Stassen was taken over by Heineken in the past and Beerwulf is also part of the Heineken group. So it could well be that Brewlyn also belongs to Heineken and that they are testing some products. Well, it does not really matter where and by whom a beer is brewed, what matters is the taste. We are therefore just going to taste this Brewlyn IPA 0.0, but will exceptionally not give any points. Given the only information we have received, the beer is still in a testing phase. If, after the review, you feel like ordering a Brewlyn 0.0, you can only do so on www.beerwulf.com where the Brewlyn beers are currently available with a discount.

The beer is dark amber, with a light beige head. The foam looks nice but disappears relatively quickly. Not that it really bothers, there is enough foam present, but it should have stayed a little longer on the beer to be really good. The IPA 0,0 is also very clear and therefore looks very clean. The smell of the beer suggests the presence of a little fruit flavour, because you can smell a little citrus and exotic fruit. From an IPA we expected a lot of bitter odours, but we missed it a bit. Also the taste of the beer can be described as clean. There is certainly enough bitterness present, you can also clearly taste the citrus and tropical fruit, but the taste is somehow artificial, even though the label says the beer is produced with natural ingrediënts. We believe this, but then they should try to make this more noticeable in the taste. Furthermore, the beer lacks a little body. You can’t call it watery, there is also enough carbon dioxide present, but the mouthfeel could be a bit fuller.

This Brewlyn IPA 0,0 is a beer that certainly has potential. However, since we do not know whether this is the definitive product or whether there will be any adjustments, we will not make a final conclusion. If we were allowed to adjust beer ourselves a little, we would rather see it a bit more turbid, which might make it seem a bit more natural. The bitter taste should be a bit more hoppy and the fruit taste a little more pronounced. Who knows, maybe someone listens to our tips. As already mentioned, the Brewlyn beers are currently available at a discount at Brewlyn. So if you want to taste one, you shouldn’t restrain yourself, because the beer is certainly not bad. As soon as we have more information about the brewer or the evolution of the beer, we will let you know. By subscribing to our newsletter (on this page) you will be one of the first to know.