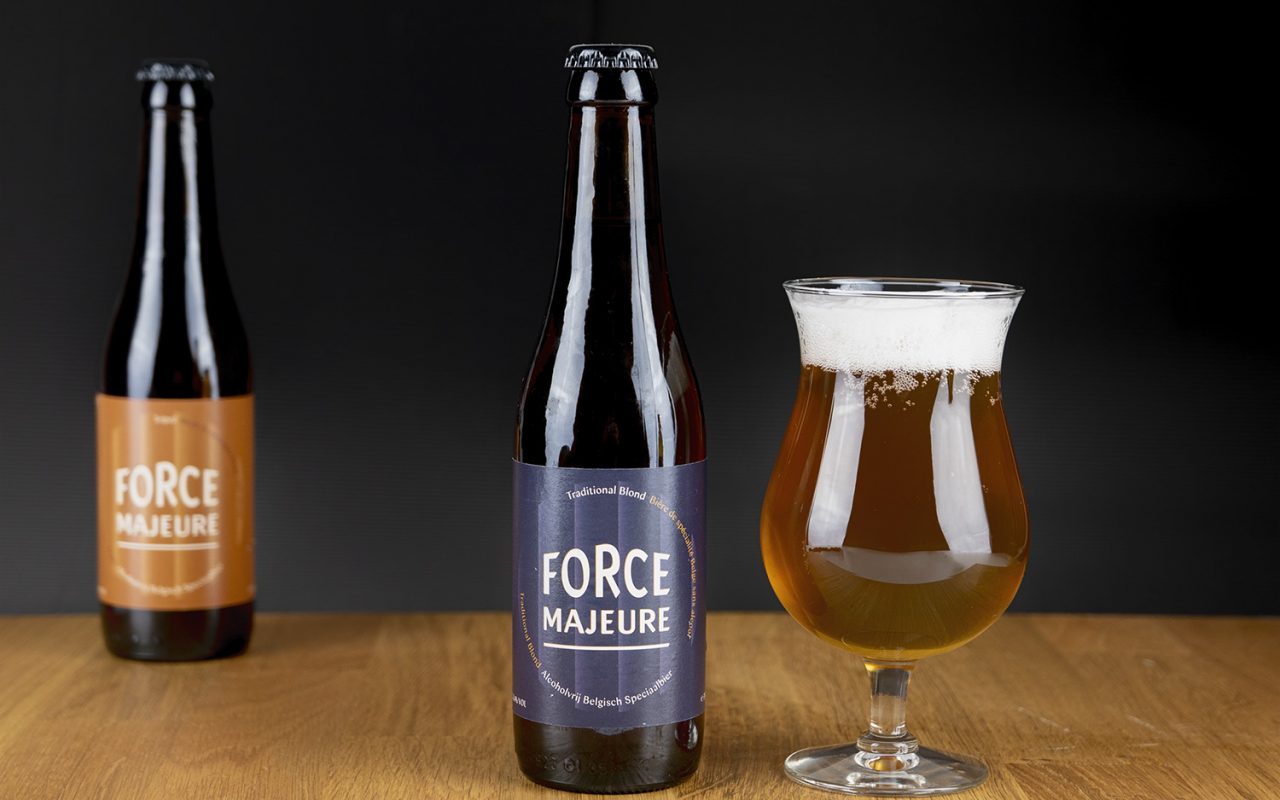 Beer must be about the best known export product from Belgium. If you wanted to enjoy a nice specialty beer a few years ago, the best thing you could do was searching for a Belgian beer. This was not difficult at all, because the well-organized export made Belgian beers available around the world. Brewers from other countries, however, did not stand still and in recent years, tasty and surprising specialty beers have been popping up everywhere, even in the most exotic countries. The craft beer scene is alive and kicking and new breweries started experimenting with new ingredients and beer styles all over the world, while Belgian brewers held on a bit more to their traditional recipes. It is perhaps because there are more experiments in other countries that in Belgium, compared to the rest of the world, there are relatively few alcohol-free beers, let alone alcohol-free breweries. But that is gradually starting to change.

No alcohol for a sportsman

Stijn Panis was in full preparation for a triathlon in 2017, when he noticed that there were only a few alcohol-free specialty beers available. Drinking alcoholic beer is not ideal when you are preparing a top sporting performance, so it was not possible for Stijn to enjoy a nice beer during that period. He decided to grab the bull by the horns and started an alcohol-free brewery with Force Majeure. Currently, the brewing itself is outsourced to an external brewer, but the Force Majeure company will only focus on the production of alcohol-free beers. In 2019 the Force Majeure Traditional Blond came on the market, which we test in this review, in February 2020 the Force Majeure Tripel was added, of which you can expect a review tomorrow. In the brewing process of both beers, only a very small amount of alcohol is produced during fermentation. About 0.4%. Which means that the beer can be marketed as alcohol-free. These beers are therefore brewed without alcohol and they are not beers where the alcohol has been removed afterwards.

We first want to talk about the Force Majeure Traditional Blond, but we want to taste the two beers next to each other, so we can easily discover the differences between the two. On days like these, it is best that the beers we taste are always alcohol-free. We taste two traditional blondes and two tripels for this test and if they had contained alcohol, writing a review would have been a real challenge…
Luckily we don’t have to worry about getting a beer belly also, because with 14 calories per 100 ml. this Traditional Blond will definitely not make you fat.

The Traditional Blond is inspired by famous Belgian blond beers, but with its own character. The taste must be a fresh mix between hoppy and bitter. The beer looks exactly as you would expect: golden blonde with a snow-white head. However, the head is not very full and could have stayed on the beer a little longer. When smelling the beer we can mainly smell malt, hops and a little coriander. In addition, we also  smell a little grass.

The taste of the beer is very straightforward. A dry bitterness of the hops, a bit grassy, ​​and certainly sufficiently spicy. Sweet or fruity flavors are hard to find. Due to the bitterness of the beer, it does not invite you to drink quickly, but it is very refreshing. This is partly due to the presence of more than sufficient carbonic acid, which further enhances the freshness. In the aftertaste the bitterness disappears fairly quickly and the grassy, ​​hoppy taste lingers a little longer. Miraculously, we also find a slight fruity touch in the aftertaste.

The body of the beer could have been a bit fuller. This would have made it a little softer to drink, what we actually expected from a traditional Blond beer from Belgium.

This Traditional Blond is definitely a nice non-alcoholic beer. Disadvantages for us are the mouthfeel and the head that disappeared a bit quickly. For someone who likes a bit of bitterness and is not averse to the taste of young hops, this one can definitely be recommended.