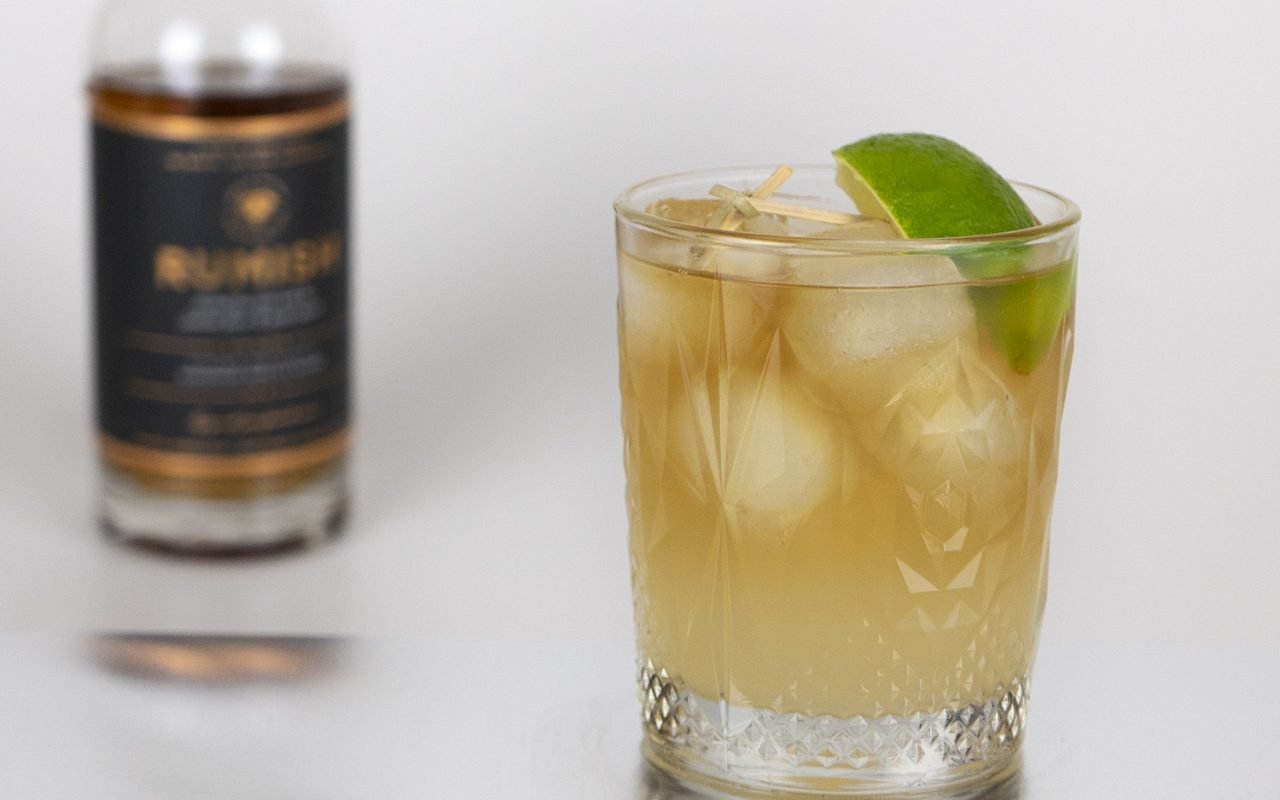 This cocktail is included in the list of IBA cocktails, just like so many others who have already been mentioned on this site. The dark ‘n’ stormy is cataloged in this list as a ‘New Era Drink’, which means that it has gained popularity especially in recent years. The dark ‘n’ stormy, however, is a cocktail that has been known for a long time. James Gosling started producing rum around 1860. The British Navy had an officer bar at the home of the rum stoker and a factory where ginger beer was made for that bar. Just after the First World War, they discovered that they liked the ginger beer more when they added a bit of the local rum. The rum stands for the dark, the ginger beer for the stormy. Apparently you have to be careful when using the name of the cocktail. The rum distillery from James Gosling has in fact taken out a patent on it.

The dark ‘n’ stormy is gaining popularity in recent years and one of the following summers it may well be the new summer hit, some say that this one may be the successor to the Gin-Tonic. An alcohol-free version is therefore essential.

The dark ‘n’ stormy is a fairly simple cocktail with only two ingredients: dark rum and ginger beer. However, we do not use dark rum, but the alcohol-free Rumish from the Danish ish spirits. We will also make a review of this alcohol-free Rumish within a few days. It is already extremely suitable for this cocktail.

We just said that this could be the successor to the Gin & Tonic, so the recipe should not be too complicated. You take a highball glass or a tumbler glass and fill it with ice. First pour your ginger beer on this ice, then carefully pour the dark rum into the glass. If it goes well, the cocktail looks a little darker at the top than at the bottom. You can finish with a piece of lime on a stick with which the person who will drink the cocktail can stir a little. It is that easy. Enjoy!