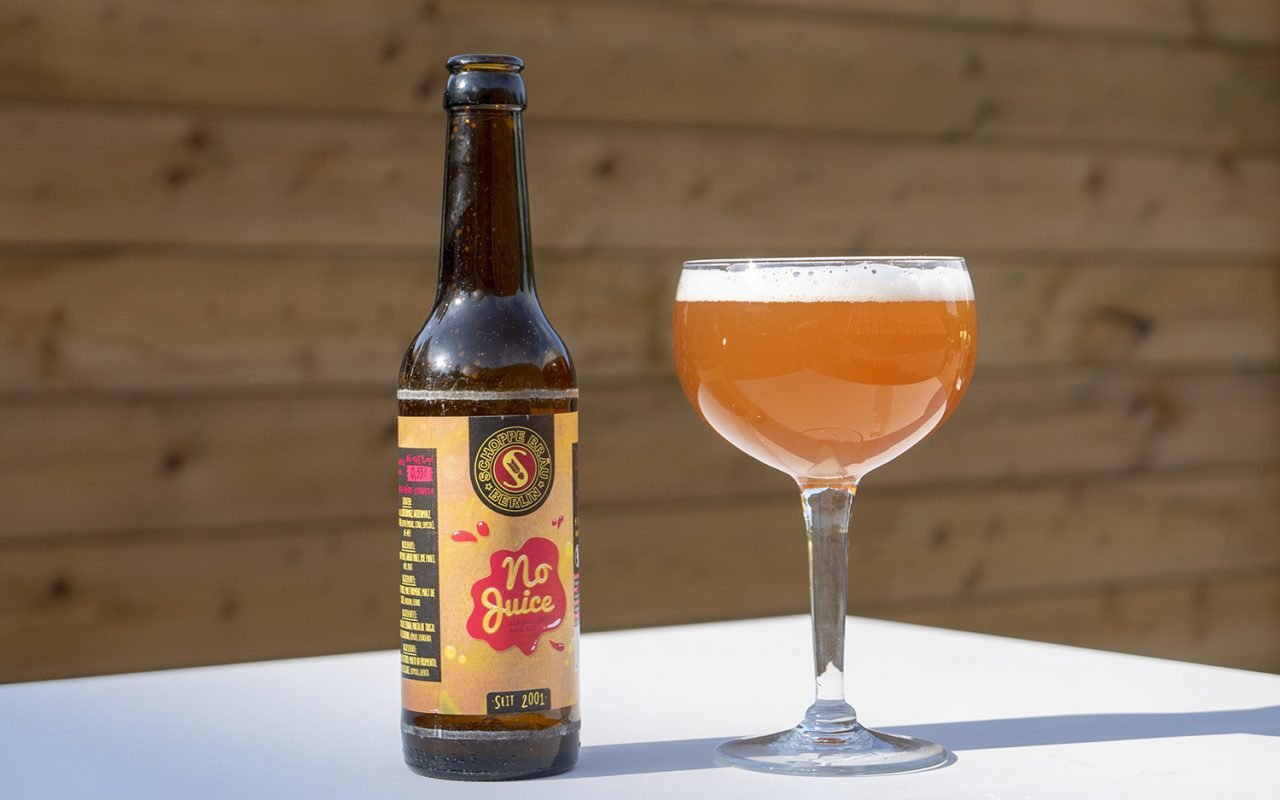 Schoppe Bräu is a Berlin brewery that was founded in 2001, you can’t ignore it, it is large and clearly stated on every label. Not that old yet, but in the meantime good for about thirty different beers, including one non-alcoholic. At Schoppe Bräu they always brew a small batch of beer and they do it as naturally and traditionally as possible, without filtering, without post-processing. Every Schoppe Bräu beer must be tasty and have lots of character. At Schoppe Bräu, they do not intend to be the biggest brewery, because the passion for brewing takes precedence over commercial interests. They are of course no longer really small, so there must be some commercially oriented people involved in the brewery. To find out if their alcohol-free No Juice contains a lot of taste and character, we could only do one thing: taste it.

At Schoppe Bräu they brew this beer because they assume that it’s possible that from time to time, you want a beer-like refreshment, but without the alcohol. According to them, this drink should better be good. The name No Juice was chosen because this beer is certainly no ordinary juice. Three types of hops and three types of malt are used for brewing the beer to ensure a distinct taste.

When you smell the No Juice you immediately know that you are not dealing with a normal ‘juice’. You can smell a lot of malt and hops in this beer, as could be expected, but in addition the No Juice also clearly smells of tropical fruit and citrus. When you drink the beer, you first taste the bitterness of the hops used, once that sharpness has disappeared, you experience the taste of straw and some grass, followed by the expected somewhat sweet taste of tropical fruit. In the aftertaste, the bitterness stays on for the longest time.

The beer is slightly amber and nicely cloudy, the foam is white and firm, it does not disappear immediately, but should maybe have been on the beer for just a little longer to make it really good. The mouthfeel is certainly ok, the beer is definitely not watery, has a quite a good body and there is sufficient carbon dioxide present.

The Schoppe Bräu No Juice is a very good non-alcoholic beer. It does indeed have a lot of character and is perhaps perfectly suited for people who are a bit scared of a very bitter IPA but ado like a bit of bitters. The earthy flavours of the straw and the grass make it relatively complex, the fruit makes it pleasant to drink, without ever becoming sweet.