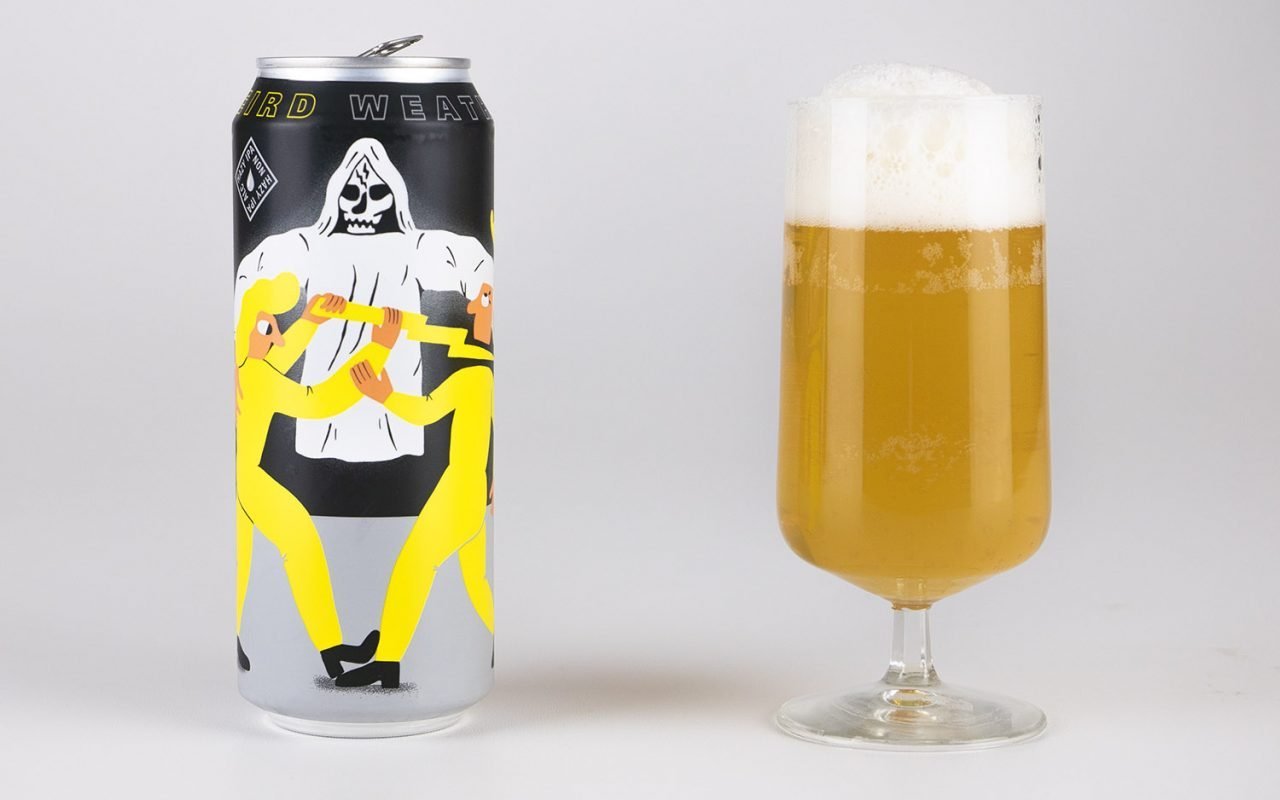 When we smell the can, we immediately notice that, as it should be, a clear hint of tropical fruit is noticeable. In addition we smell a bit of a grassy scent, lots of hops and a little malt. If we can trust our nose, there must be a lot of taste in this weird weather. Once poured, the beer also looks like a New England IPA should look. Golden yellow and very cloudy. The foam is white and stays on the beer for a long time.

For a lover of a really bitter IPA, who does not know that the New England IPA should taste completely different and expects many bitters, the taste of this beer will be rather disappointing. Someone who has read the short introduction to the New England IPA or who knows the style, will not be disappointed at all. The Weird Weather tastes almost as you would expect. We just taste a little more lemon than we had smelled, and as far as we are concerned, the Weird Weather should have been slightly less sweet. However, that sweet taste does not seem to be artificial and just seems to come from the tropical fruit. Bitterness and hop taste are present and come up a bit more in the aftertaste, but someone who doesn’t like bitter beer will certainly be able to appreciate this Weird Weather.

The mouthfeel of this weird weather is also as it should be. Certainly enough body, obtained through the use of oatmeal, but perhaps a bit too little carbonation.

Anyone who likes the taste and smell of tropical fruit will certainly appreciate this Mikkeller Weird Weather. The Weird Weather certainly contains enough features of a New England IPA to put it on the label. You can probably drink this on a warm day on a terrace, but because of its creamy body, it can just as easily be drunk before TV or after dinner. One who likes a more complex beer with more bitterness can better skip it.