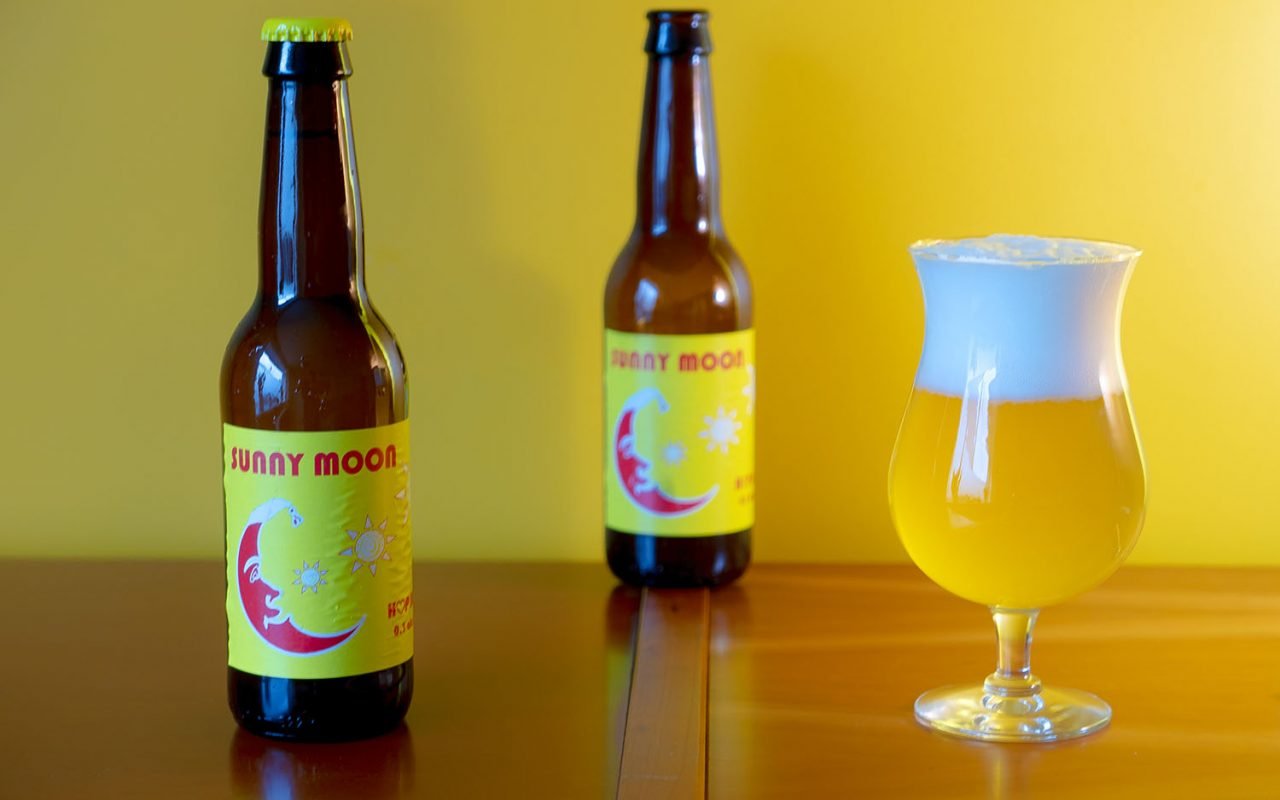 The cradle of beer and brewery Slaapmutske (Nightcap) is located in Melle, a small town in East-Flanders in Belgium. Brewer Dany De Smet is a brewery engineer and a true beer lover. In 1999 he brewed a beer for the birth of his son. Because this was so popular, he perfected the recipe and distributed it under the name Slaapmutske (Nightcap), a nightcap also being the last drink you have before going to bed. The beer was initially very successful, especially in the region, but is now exported to almost everywhere in the world. In the meantime, a lot of different Slaapmutskes are being brewed. Blond, brown, tripel, white, as a Christmas beer or gluten-free, everyone nowadays finds a Slaapmutske that suits his or her taste. People who do not drink alcohol could not enjoy their nightcap, but recently that changed. Although it is not under the brand name Slaapmutske, but in 2019 brewer Dany launched his first non-alcoholic product. The Sunny Moon.

The sun or the moon in your glass?

Question is if this beer is a tribute to the sun or the moon? When you pour the beer it immediately becomes clear that you get a lot of sunshine in your glass. The pale yellow beer looks summery and fresh, with a surprisingly strong foam head for an alcohol-free beer, which also lasts for quite a long time. The beer is a bit cloudy. As if a small cloud passes in front of the sun, you could say. When we smell the beer, we especially notice the fruity character. We smell lemon, but also some orange and perhaps some peach. With this, the Sunny Moon plays in the same league than some other non-alcoholic beers that we have already tasted here. The Pico Bello from Brussels Beer Project, the Lowlander 0.00% and the Ramon from the Roman brewery look a bit the same as this Sunny Moon and also share the taste palette a bit. This also applies to the Maisel & Friends Alkoholfrei which will be reviewed soon.

In terms of taste, it is therefore not surprising that we first taste a little citrus and that the Sunny Moon continues to taste mainly fresh and fruity. There is certainly a bit of bitterness from the hops and a nice sour present, but the presence of the fruity flavours also gives the beer a nice sweetness. We don’t want to say that the Sunny Moon is too sweet, but of the aforementioned beers it is the most smooth and easiest to drink and therefore perhaps the most accessible.

If you like a fruity beer and the taste of citrus, this Sunny Moon is definitely one to try. The nice thing about the Sunny Moon is that the beer remains relatively smooth and that the citrus flavor does not dominate, so the beer is not really sour. This Sunny Moon works perfectly on a summer terrace, but can also taste good with a piece of fish. With a little imagination it can also be the sunshine in the house on a dark, cold day in the winter. You can find the brewery’s website here. The Sunny Moon is not mentioned there but you will find Sunny Moon at most of the selling points indicated there.